A 6-Year-Old Asks Alexa For Cookies And A Dollhouse

One of the most popular Christmas gifts of 2016, in addition to Knitted Sweaters and 'Cards Against Humanity', was the Amazon Echo as known as 'Alexa'.

Discussed in our Interesting Engineering article here, the Amazon Echo or Echo Dot is a voice-controlled smart speaker connected to the Alexa voice service. The device allows you to play music, listen to the news, set alarms and do a whole lot more with your command. 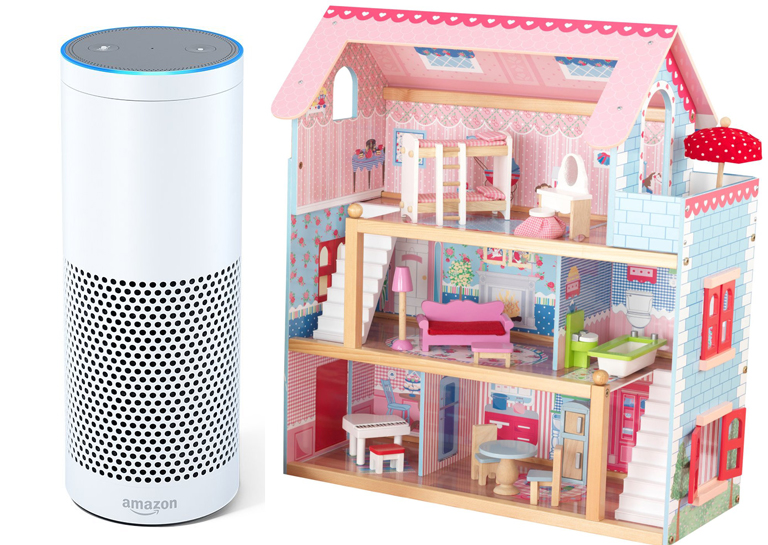 An 'always-on' listening device is not the most private item one can bring inside their home. The device records sound for up to 60 seconds. In fact, in a recent murder case, authorities have tried to gain access to the suspect's Amazon Echo data for the sake of the ongoing investigation.

Considering the extreme attention Echo got this past year, it was bound to succumb to a user mishap. All the more so, there have been cases where the device has 'listened' too well.

One of the latest cases occurred in Dallas, Texas, where a six-year-old girl asked her new AI-friend, 'Alexa', to buy her a dollhouse. To which Alexa obliged.

Alexa didn't just order any old dollshouse but went for a 'KidKraft Sparkle Mansion' which is every little girl's dream. Or so I'm told.

The six-year-old then asked for four pounds of sugar cookies from Alexa didn't stop there.

The little girl's parents soon realized and have subsequently added a passcode to all purchases made through Alexa. They then donated the dolls house to a local children's home, as well as the sugar cookies. I'm sure they went down well.

The story doesn’t stop there:

Channel CW-6 was reporting on the story. When the news anchor said "Alexa ordered me a doll house" during the televised interview, it woke up many Amazon Echos belong to the audience.

So if you were one of the lucky ones to receive an Amazon Echo for Christmas, make sure you add a passcode to your purchases, or you may almost be the proud new owner of a KidKraft Sparkle Mansion.

SEE ALSO: Amazon Echo Might Be The Key Witness To A Murder