From the first pilotless aircraft, to today's DIY drones, here is a brief history of UAVs.

Drones have seen a rapid growth in consumer electronics with advances in technology. But, these unmanned aircrafts were originally built for military purposes. Especially, as weapons in the form of aerial missiles guided by remote controls through radio waves. Today, drones have found wide range of applications for the civil use in the form of small quadcopters and octocopters. These are used today for wide range of functions such as monitoring climate change and delivering goods to carry out search operations after natural disasters and for filming and photography. UAV is also an increasingly important air power component for more than 80 countries today. American armed forces alone have a fleet of 11,000 drones today, compared to few in 2001.

While general public perception about consumer drones might be associated with the military use, there’s actually very less influence of military systems. To understand how, let’s look at the history of drones in more detail.

Many cite that the origin of drones dates back to 1849, when Austria attacked Venice using unmanned balloons stuffed with explosives. However, these balloons do not meet the current definition of drones, which according to The Oxford English Dictionary is “a remote-less controlled piloted aircraft or missile”.

Going by the definition, the first pilotless aircraft were developed after World War I in 1916. Shortly after, the U.S. Army built the Kettering Bug, intended to be used as “aerial torpedoes” using gyroscopic controls. The first Kettering Bug flew in 1918, but the war ended before it could be used.

Radioplane OQ-2, the remote-controlled aircraft developed by Reginald Denny during World War II actually became the first mass-produced UAV product in the U.S. Nearly 15,000 drones were manufactured for the army during the war.

However, the actual credit for inventing a radio-controlled aircraft that could fly out of sight goes to Edward M. Sorensen who patented his invention that could know what the airplane is doing from a ground terminal. Without these patents, early RC aircrafts could only operate within the visual sight of the controlling pilot.

Even though the U.S. was able to achieve a breakthrough in mass-manufacturing and supplying drones for the military, UAVs were often considered unreliable and expensive. This perspective however changed in 1982 when Israel forces used unmanned aircrafts to gain victory over Syrian Air Force with minimal losses. The U.S. also began the Pioneer UAV Program in 1980 to build an inexpensive drone for fleet operations. A joint project by U.S. and Israel in 1986 further led to the development of RQ2 Pioneer – a medium sized reconnaissance aircraft.

Mini and micro versions of the UAVs were introduced in 1990, and the famous Predator was introduced in 2000, which was used in Afghanistan for the search of Osama Bin Laden. In the following years, the number of small-sized, fixed-wing surveillance drones such as Raven, Wasp, and Puma were introduced by an American technology company AeroVironment Inc. Raven is currently used by many countries, with around 20,000 units already deployed.

While most of the drone flights were for military purposes, in 2014, Amazon proposed the use of UAVs to deliver goods. Drones also became a popular component for filming and photography. However, these consumer drones have seen increasing interest not because of military influence. It is actually a result of the merger of two completely different technologies: radio-controlled (RC) aircrafts and smartphones.

The rapid growth in the usage of smartphones reduced the prices of microcontrollers, accelerometers and camera sensors, which for fixed-wing hobbyist aircraft became ideal to be used. Further research showed how a drone with 4 or more rotors can be controlled by adjusting the speed of individual rotors. The stability of multirotor aircraft opened up new possibilities for it to be used in a number of ways over fixed-wing aircraft.

There’s also a growing trend of DIY drones, which are small RC UAVs (SUAV). Because of its smaller size and portability, these DIY drones are seeing great potential to be used by police forces and fire services for surveillance requirements. However, these type of unregulated UAVs also has raised questions about privacy and physical safety.

The future of drones looks highly promising. Gartner predicts that the global drone market will grow more than $11.2 billion by 2020, considering both military and civil markets. 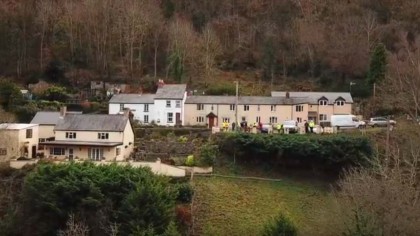 For the military applications, drones are expected to become smaller and lighter with long battery, fuel or flight times. There will also be developments in improving the optics and other capabilities further. In the civilian market, there are developments in improving flight times to serve as delivery platforms, emergency service and also as a data collector for agriculture and forestry.

Development in the direction of flight control algorithms, machine vision, and onboard processing power will further enable these drones to take decisions themselves rather than relying on humans with less maneuvering expertise.

Despite the great potential to be used as a weapon to kill suspected militants, some countries have also raised questions about the ethics of using such kind of weaponry, given the consequences to face when it results in deaths of civilians because of inaccurate data. While some claim that UAVs are a threat to society, some believe that it has a great potential to be used for the betterment. Whatever the opinions are, drones are expected to increase in number as they become more smart and capable.

Via: The Economist, The Balance, The Nation