What do you get when you cross a ship with a plane? Something akin to the Soviet ekranoplan that's what you get. These incredible vessels are ground effect vehicles that were built and used by the Soviet and Russian navies from 1987 until around the late 1990s.

This craft used their large wings to skim above the ocean surface at around 4 meters or less. Although they may share characteristics with aircraft, seaplanes, hovercraft and hydrofoils they take advantage of a very different principle and are a separate technology. They are classified by the International Maritime Organisation as maritime ships. 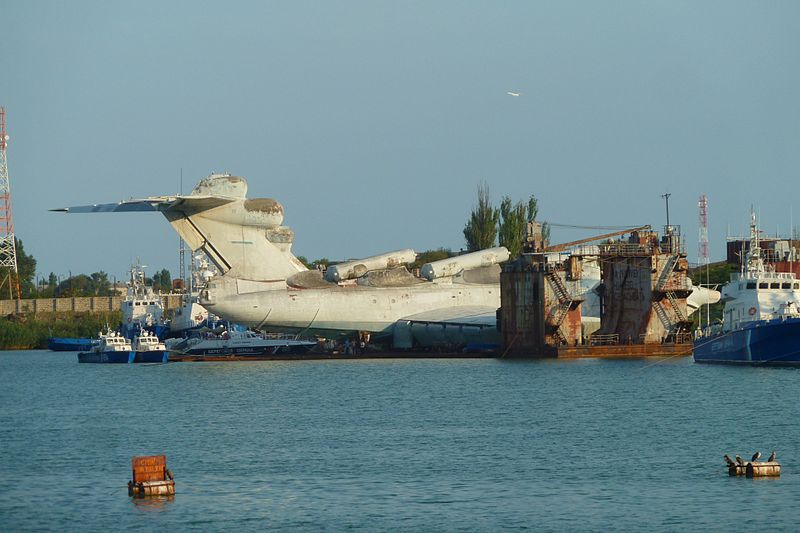 These awesome pieces of kit are neither an airplane, hovercraft or ship but something quite distinct as a form of transportation. Applications for military use allow them to take off and land in water which eliminates the need for docks and runways. The are able to carry a lot more cargo than conventional aircraft of equitable size. They also have very low cruising altitudes allowing them to literally slip "under the radar".

The Soviet Lun-Class is by now means the only example of ekranoplans in action but it's certainly a "mean looking" one. For this arbitrary and non-negotiable reason, we will focus on that as an example of this technology. 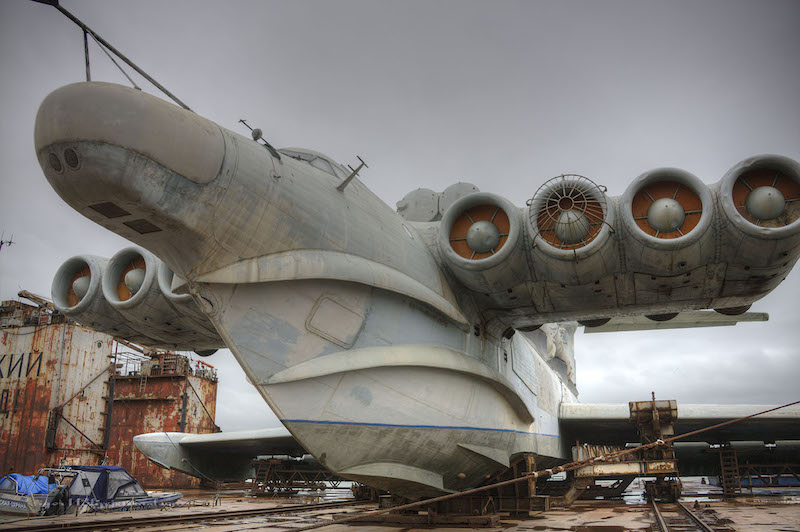 "When the proximity of the ground or other surface with sufficient density disrupts the spillage of air around the wing responsible for diminishing the lift of that wing, then you, a bird, a plane, or superman, are experiencing Ground Effect." - DisciplesOfFlight 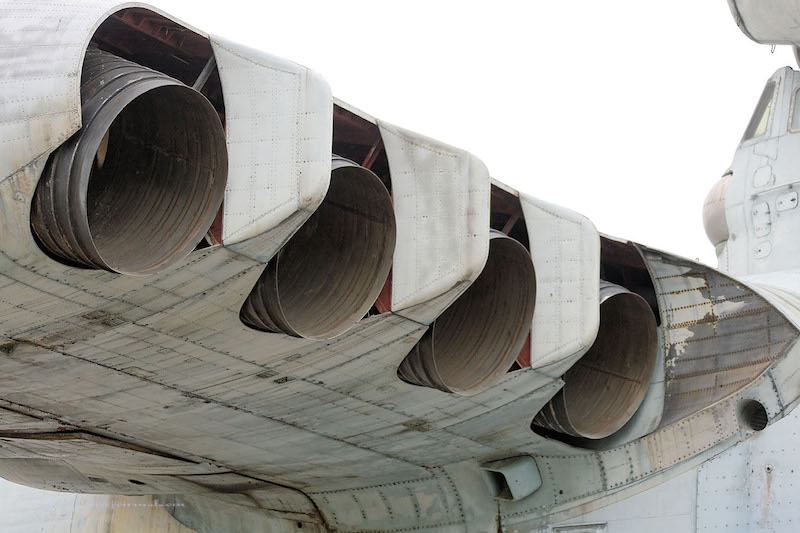 This effect is created when the aircraft flies at very low altitude at or below the length of the aircraft's wingspan or rotor diameter. Wingtip vortices and downwash behind the wing are interrupted due to the proximity to the ground, causing the phenomenon. When flown very close to the ground these vortices are unable to form effectively due to obstruction from the ground. This results in lower induced drag which increases the plane's speed and lift. Pretty nifty.

Wings generally create lift by deflecting oncoming airmasses downward. This deflected air creates resultant forces on the wing by pushing it upwards, thus creating lift. When flying close to a "solid" surface air pressure is increased on the lower wing surface. This phenomenon has also been nicknamed "ram" or "cushion" effect which increases lift-to-drag ratios. The lower or nearer the ground the aircraft the greater the effect becomes. Whilst under the influence of ground effect the wing requires a lower angle of attack to produce the same amount of lift. If the angle and velocity remain constant an increase in lift coefficient occurs. This accounts for the perceived floating effect felt by pilots. 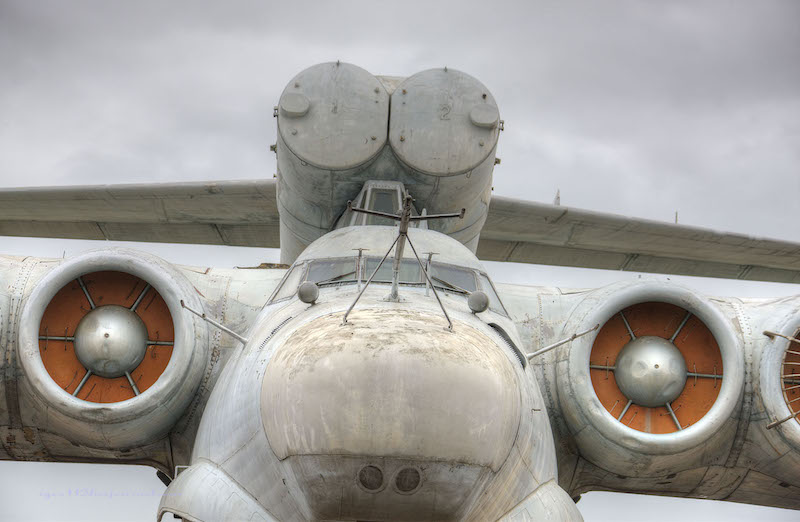 Low winged aircraft are more greatly affected by ground effect than high wing aircraft. Changes in up-wash, down-swash and wingtip vortices errors may occur in airspeed systems whilst the influence of ground effect. This is due to the fact that changes can occur in the local pressure at the static source. The fixed surface or ground surface makeup also affects the intensity of "ground effect". If the surface was concrete or other smooth hard surface these will produce more effect than say water or rubble surfaces.

Many vehicles have been designed to take advantage of this phenomenon. All airplanes fly through ground effect at some point during takeoff and landing. Craft that are designed specifically to the use of ground effect are usually unable to take "free flight" once out of ground effect, however. Craft that can enter free flight can usually only do so for a short distance. Because of this, these craft are often licensed as ships rather than aircraft. Such craft will often include delta wings, ekranoplan wings or tandem wings. 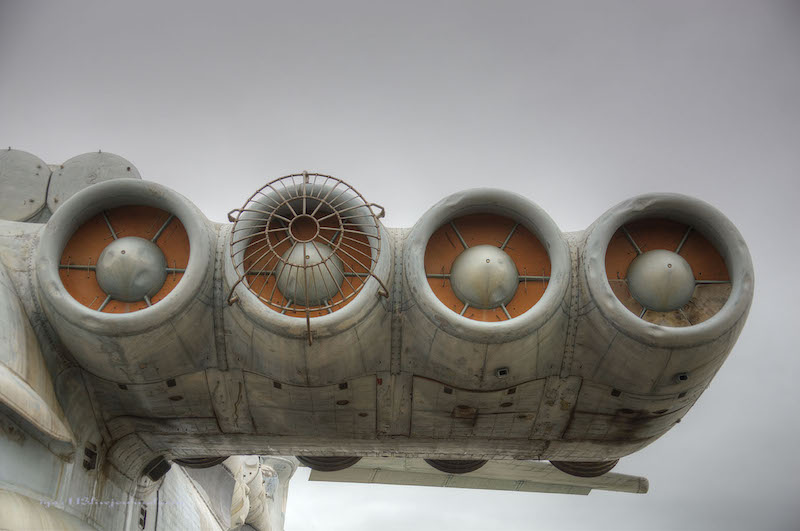 A great example was the Russian/Soviet Lun-class ekranoplan, nicknamed the "Duck" by NATO. This craft was designed by Rostislav Evgenievich Alexeyev and was used by the Soviet and Russian Navy from the late 1980s, to reportedly, the late 1990's. This impressive craft had eight Kuznetsov NK-87 turbofans mounted on canards each kicking out 127.4 kN of thrust. The vessel had a flying boat hull and large deflecting plate at the bottom to provide a "step" for takeoff. The Duck had a maximum cruising speed of around 550 km/h. This "ship" was designed specifically for anti-surface warfare and carried P-270 "Mosquito" guided missiles. Missiles were housed in six missile launchers which were mounted in pairs on the dorsal surface of the fuselage. Missiles were guided using advanced tracking systems on the nose and tail.

Only one model of this class was ever built, the MD-160, which entered service in the Black Sea Fleet in 1987. This experimental craft was later retired in the 1990s and now sits, unused, at Kaspiysk Naval station. Another version was planned by the Russians for use as a mobile field hospital for rapid deployment. It was never completed, however, as the funding was cut. 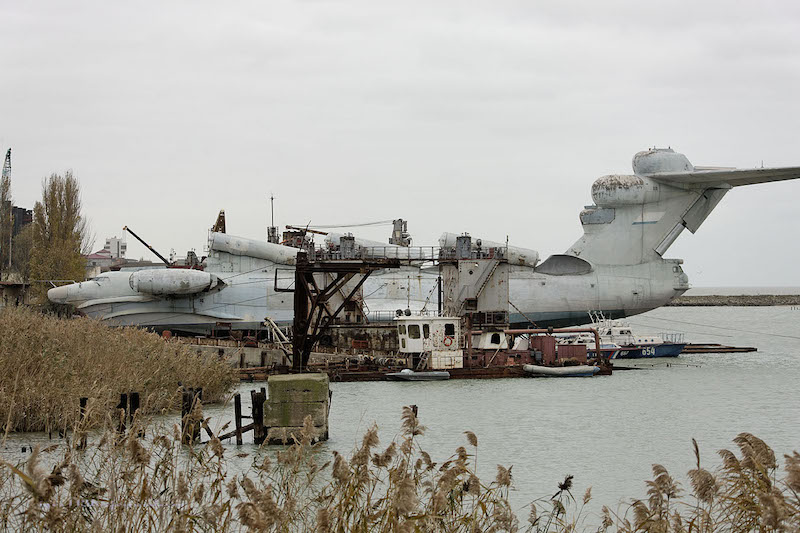 According to ValueWalk, the Russians have recently revived their ekranoplan ambitions. The Central Hydrofoil Design Bureau (CHDB) have been developing an ekranoplan since 2015. The A-050 will feature modern avionics and navigation and have a takeoff weight of 49,000 kilograms and carry capacity of 8,000 kilograms. This beast will be powered by R-195 booster engines and have a cruising speed of 400 to 480 km/h. It should have a range of 4,800 kilometers.

The bureau recently displayed two concepts of the new ekranoplan at the MAKS air show. The concepts were for very different purposes with one designed as a passenger model, the other as a high-speed patrol craft with forward-firing weaponry. CHDB’s chief designer Georgy Antsev has said that this second option will be ideal for anti-piracy operations and coastal policing.

Unidentified 'Drones' Are Swarming Navy Destroyers. Here's What We Know