A computer glitch in American Airlines scheduling system gave the days off to any pilot who requested it from December 17 to December 31, leaving thousands of passengers without pilots this holiday season.

A glitch in American Airlines' scheduling software is leaving thousands of flights without pilots this holiday season -- at least for now.

The accident happened as a result of an error that automatically approved all PTO requests, giving pilots who requested any time off between December 17th through December 31st the day off.

"The airline is a 24/7 op," union spokesman Dennis Tajer told CNBC in an interview. "The system went from responsibly scheduling everybody to becoming Santa Claus to everyone.

American Airlines spokesperson Matt Miller said in an interview with CNBC that American Airlines was quickly working to resolve the issue. However, Miller didn't say exactly how many flights were affected for sure.

"We have reserve pilots to help cover flying in December, and we are paying pilots who pick up certain open trips 150 percent of their hourly rate — as much as we are allowed to pay them per the contract," he said in the interview with CNBC. "We will work with the APA to take care of our pilots and ensure we get our customers to where they need to go over the holidays."

As of this writing, American Airlines is currently offering pilots 150 percent of hourly pay to work during the affected off times. However, not every pilot will take it and that deal might become less appealing the closer it gets into the Christmas season.

In an interview with NPR, Miller said American Airlines has already been in discussion with the Allied Pilots Association which represents over 15,000 pilots.

"We've made contact through several different channels and look forward to the opportunity to work on this issue together and ultimately get everyone where they need to go over the holidays," Miller said.

Trajer confirmed the discussions with NPR as well, but timing or discussions seem to be hit-and-miss.

"They called late [and we] had a short discussion. We asked for a meeting they said they would get back to us but would not schedule a meeting," Trajer said.

Other Airline Accidents in Recent News

American Airlines isn't the only airline to make headlines in recent months for scheduling issues.

In September, Europe's biggest budget airline Ryanair forcibly canceled the flights of over 400,000 through the end of October. That accident led to an estimated profit loss of over $30 million due to refunding all passengers for their flights. 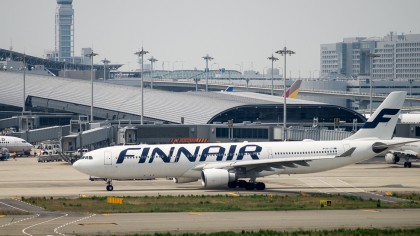 Finnair Is Now Weighing Passengers Before They Board

"We f---ed up here, and we have to fix it," Chief Executive Officer Michael O’Leary said on a conference call with Bloomberg. "We should have seen it coming. This will have a reputational impact."

O'Leary already struggled to get pilots on board with working those flights, and he said he worried that the blunder would ruin Ryanair's slowly improving reputation.

"We were trying to give too many pilots blocks of four weeks leave," said O’Leary. "We need to get to the bottom of where the gap arose, why the warning systems didn’t trigger. But villainizing myself or someone down the food chain isn’t for today."