We all take panorama-shots with our phones. We love to capture a spectacularly changing environment with a time-lapse too. These image-making processes have been helping us to shift perspectives, or to see the world around us from angles our vision can’t produce without the help of technology.

What happens when the two is merged into a super high-res ‘gigapixel’ panorama time-lapse? Take a look at this stunning project realized upon a collaboration between Nikon, Lenstore, and Canary Wharf: it is incredible!

Gigapixel picture was introduced to the public first by scientific imagery. Hubble’s breathtaking shots depicting the universe in ways we have never seen before is a good example. It is an image put together using a multitude of still images in order to provide resolution we only dreamt of even just a few years ago.

The result: you are able to switch between perspectives looking at one thing from up close with crystal clear details, and then to zoom out to have a very detailed view of the whole. There is no better terrain to try out this technology than an ever-changing metropolis like London.

The almost limitless resolution provides the divine-gaze feeling: you can see the crisp shape of the iconic London taxis while just with a click shift your angle and take a look at the City of London starting its morning rush.

The most amazing thing is that this whole process was done using consumer equipment, namely a Nikon d850 camera, which, according to major testing centers, houses the best full-frame digital sensor; coupled with a Nikkor 300mm f2.8 lens.

In order to make a perfect panorama shot, it is very important not to rely on the built-in interface we’re so used to using on our gadgets, which tends to produce tiny distortions - since in a magnified scale we are dealing with in here, even the smallest glitch would ruin the image.

Thus, the team used a device borrowed from film production to control the movement and the repetition of the movements over and over again in order to create the same images of the same angles throughout the day, so what we have is a 24 hours time-lapse panorama, meaning the viewer can have the same state-of-the-art crispy details depicting every single hour of the day.

To see the Gigapixel panorama of London you can click here.

What is to come?

Time-lapse and the rally for resolution has just started with the broader availability of 4K screens, and, as we see with this project, it is just the beginning of more and more possibilities to go beyond and further in the ways we observe the world around us. 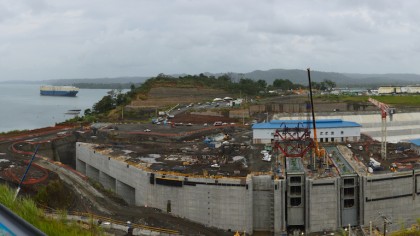 Technology available for consumers hits the point where it produces something the human eye is not capable of. And where will it go in the close future, how will technical image making widen the perspectives of our surroundings?

Well, it is hard to know, but the next step is giga-pixel videography, get ready for the new cinema.

Here Is Why Toothpaste and Cement Harden over Time