A gamer that had just driven on simulators has beaten a professional racing car driver on a real-world track.

By  Jessica Miley
Jan 22, 2019
A sim gamer has beaten a professional driver on a track in Mexico. ROC/Twitter

A simulation car race player has beaten a real-world champion on a live race track. 23-year-old Enzo Bonito who trained on a racing simulator beat Lucas di Grassi, a Formula E and ex-Formula 1 driver on a winding race track in Mexico on Jan. 19.

The victory shocked commentators who couldn't believe that sim training could produce such talent. Sim or simulator racing games recreate the experience of driving a race car down to last minute details like suspension angles and tire wear.

Their development has increased exponentially over the last few years, the first professional eSports race team launched in 2016.

The league not only attracts dedicated gamers but many real-world racing professionals are also dabbling in the e-version. While it seems crazy that someone with minimal track experience could beat a real-life professional the training is similar to that of a pilot.

Flight simulators are a vital training tool for commercial pilots. They replicate the equations that make an airplane fly and the aircraft’s response to flight control applications & external factors.

Simulators can help novice pilots experience extreme conditions such as turbulent weather, emergency situations, and unexpected events so that when they are in the air, they have already learned the correct response.

Simulator racing will likely continue to grow just as gaming generally rapidly transforms from a hobby for teenagers to a multi-billion dollar industry.

The number of people playing computer games of any kind has increased according to Nielsen, 66% of the U.S. population over age 12 were gamers. That's up from 58% in 2013.

The introduction of family-friendly consoles like the Nintendo Switch has no doubt increased the number of gamers in suburban homes, the area that has seen the most growth is that of eSports.

eSports or electronic sports are competitive games that gathers not only dedicated legion of players, but also a dedicated fanbase who love to watch. 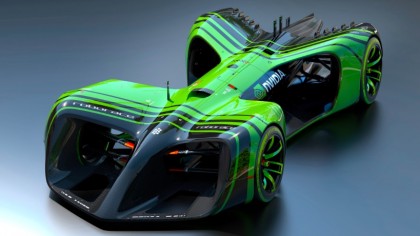 Globally esports will have an audience of more 380 million, comprised of 165 million dedicated eSports fans and 215 million occasional viewers. Those numbers make sports more popular than many Olympic sports.

eSports is set to generate over a billion dollars in revenue this year. Not only are the fan numbers huge, but the prize money also exceeds many top sports.

For example; The National Basketball Association prize pool is $13 million, the Golf Masters is $11 million, and the Confederations Cup is $20 million. eSports exceeds each of them with a total prize pool of $24.7 million.