A new QUT study has revealed the importance of certain personality traits when it comes to love and sex.

For those of you looking for a “boo” during the holiday season, this one's for you. Take it as good news or bad, but according to a recent study conducted by QUT, when it comes to finding that special “someone”, love and even sex, personality may actually play a bigger role than you think.

As one of the largest behavioral studies ever conducted in Australia, the team Dr. Stephen Whyte, Dr. Ho Fai Chan and Professor Benno Torgler looked into personality, sex and offspring, asking the question, do certain personality traits provide a mating market competitive advantage?

In QUT team’s published paper, in the international journal ‘Personality and Individual Differences’, the describe the process used to conduct their massive study. Dr. Whyte utilized a Sex survey from 2016 to collect data from her Australian demographics.

Participants of the sex survey were asked socio-demographic questions and were also given a BIG 5 personality test. The entire study included over 3,000 males and over 1,500 females.

Interestingly, but really to no surprise, men with a greater range of personality traits like extraversion who are agreeable, conscientious, and emotionally stable have sex more often and even have more children.

As described in the study, “We found key personality differences between the sexes in both sexual frequency and offspring success. Compared to females, males report a larger number of personality factors that influence such outcomes, which explains a greater proportion of the variation in sexual activity. For both men and women, extraversion equated to greater sexual frequency.”

Men and women who tend to be more outgoing,  paired with other “desirable traits” like the ability to be friendly and helpful, and hardworking has significant increases in sexual activity. The QUT study also highlighted, this increase in sexual activity also led to participants having more children. 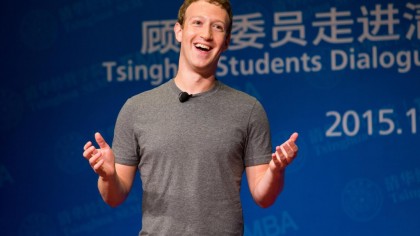 Interestingly, women who were more agreeable tended to have more children, while men who were highly extroverted but low openness displayed a similar trend.

“Our findings suggest that the greater variance in male traits and their particular combinations may provide an advantage for them when it comes to sex and reproduction but that doesn’t appear to be the case for the women we analyzed,” says Dr. Whyte.

So it looks like if you want to have any luck this holiday season, you may want to start working on your personality first.

Meditation is Good for Your Heart, Study Shows