A small group of only four students have developed an impressive vegan version of the hard-boiled egg, appropriately named V-egg-ie, which will be a big step in opening the market for more vegan products to appear.

With the rapidly expanding food market supporting growing interest in organic food and vegan food products, there’s been an endless number of creative experiments in product development: veggie burgers, soy milk, and egg substitutes, among others. This week a team of four students at the Italy-based Udine University developed a vegan egg which possesses all the characteristics of a real egg yet has much lower cholesterol levels. Named the V-egg-ie, it came as the result of the students’ desire to create a completely vegan version of the hard-boiled egg.

As would be expected, the egg was developed using completely meat and dairy free products. Essentially through combining various vegetable oils and a gel created using protein extraction methods, the egg was born.

Believing in the success of the product, the students also revealed that a patent had already been fully secured for the vegan eggs, which means that food companies in the market cannot be too far off as a possibility.

They even played with salt and seasoning levels to achieve a better tasting ‘yolk’. One member of the team, Francesca Zuccolo, explains the meticulous steps involved in the 18-month process of perfecting the recipe and creating consistent results:

"The egg is made from a base of legumes, from which we have extracted proteins, vegetable oils, a gelling agent and a special salt that also serves to ensure a taste that is similar to that of a hen egg. Our goal was to get as close as possible to a hard-boiled egg. "It will be of interest for food companies that already produce products destined for vegan consumers or functional foods [and] can be sold in organic, vegetarian and vegan groceries, but also in any supermarket.”

A Matter of Choice

Because eggs are such vital sources of vitamins and minerals, and also perhaps due to the fact that only in the last decade has there been more serious efforts put into offering vegan food products a place in the global market, some vegans have had to make difficult ethical choices: sometimes eating eggs—preferrably organic or from a farm that raises chickens under good conditions—despite their ambivalence about eating meat and dairy products. 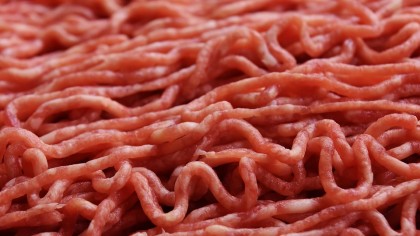 Vegans who eat eggs are even referred to affectionately as veggans. Registered Dietician and Spokesperson for the Academy of Nutrition and Dietetics Alissa Rumsey explains the unique dietary challenges which all vegans face:

"Vegan diets are typically low in iron and vitamin B12, which is found only in animal products,” adding that, “The main reason I find that people give up vegan diets is because they feel there is a lack of options, and struggle with eating only plant-based protein like legumes, nuts and seeds.” With this new product, this team of students is providing a welcome alternative and perhaps opening more conversations about larger issues of bioethics.