A Look at the Most Used Terminology Around Artificial Intelligence

From Machine Learning to Cognitive Analytics; from Robotics to Smart Machines. What do we mean when we talk about Artificial Intelligence?

Artificial Intelligence (AI), once only present in science fiction, is now a science reality manifesting itself in every industry. It raises questions that make us wonder about how we should explore the possibilities of AI for our organization, institution, home, or city. But what do we really mean when we speak about AI?

In general, AI is a broad field of science encompassing much more than just computer science. AI includes also psychology, philosophy, linguistics, and other areas. How do these disciplines interconnect with each other?

AI is a deep topic and demands an equally deep understanding of each of its aspects, as well as getting familiar with the terminology around it before we jump into the pool of getting deeper, supporting, or condemning it.

So, let's begin with the basics and grow our knowledge with the Interesting Engineering series toward getting deep into the knowledge and understanding of Artificial Intelligence.

Artificial Intelligence, Machine Learning, Robotics, and Smart Machines are part of the terminology that we see around frequently in headlines and that have become part of our daily conversations. Let's have a closer look at each of them.

Artificial Intelligence is a wonderful mix of computer science, philosophy, psychology, linguistics, and other areas. When these disciplines are put together, and are embedded into software and hardware, they can be used to perform tasks that would normally require a certain degree of human intelligence.

An AI system is able to combine and utilize machine learning and other big data analytic methods to resemble human reasoning and solve complex problems at a very high scale of intelligence and at a super high speed that goes beyond human capacity.

AI can be divided into Narrow and General. Currently, all existing AI is Narrow AI, which means it can only do what it has been designed for doing.

Narrow AIs are better at the tasks they have been made for than humans are. This includes facial recognition, chess computers, calculus, and translation. Basically, Narrow AI means that a specific algorithm needs to be designed in order to solve each specific problem.

On the other hand, and according to Deloitte, General AI is the holy grail of AI; a single system that can learn about any existing problem and then solve it.

The concept of intelligence, therefore, refers to the ability to plan, reason, and learn, to later on sense and build a perception of knowledge capable of allowing the human or the machine to communicate in natural language.

Machine Learning is the process used by which a computer analyzes and extracts meaning and value from big data sets. Algorithms learn to identify certain patterns, like the occurrence of certain words, or combination of words.

An algorithm can be trained to identify certain pictures in collections of pictures, transform speech into text, handwriting into structured data. and so on. These examples would require labeled training sets.

For instance, a Machine Learning algorithm can be trained to identify spam. However, it will not know or understand what spam is or why it is important to identify it.

Cognitive analytics deals with cognitive behavior that is associated with thinking. What is thinking? Thinking in the process that allows an entity, being this human or machine, to obtain information from observations, learn from the observations, and finally communicate the results. 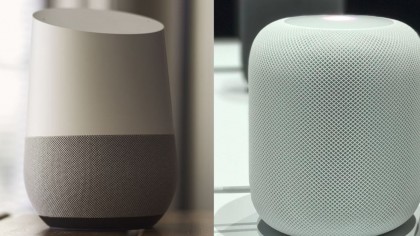 Alexa, Cortana, Siri? How to Choose a Smart Voice Assistant for Your Smart Home

As a subset of AI, a cognitive system analyzes a vast amount of data, then selects and extracts information from unstructured data by extracting concepts and relationships into a knowledge base. The relations can be extracted from the information using Natural Language Processing (NPL).

The total of unstructured data represents 80 percent of all company data. It is data that does not hew to conventional data models and is not a good fit for a mainstream relational database.

By interacting with humans, Cognitive Systems learn and improve over time. Feedback from the conversation partner and observing two humans interact also helps Cognitive Systems in their learning process. The ability to use context enables Cognitive Analytics Systems to infer meaning from language.

That is how a chatbot can take into account a whole conversation history to infer who is the person referred to by a word such as 'he' or 'she.'

A Cognitive Analytics System finds the answer to the specific question you asked by searching all of the data. The information is used for Business Intelligence (BI) and Analytics applications.

Robots are machines that are, in their most simple design, programmed to perform simple tasks by following step-by-step instructions in assembly lines and manufacturing factories. Or, they can be advanced robotics creations shaped in the form of unmanned autonomous vehicles (UAV), drones, chatbots, smart assistants, or social robots to mention just a few.

Smart robots and other process automation applications use AI to be operational. Their operability will depend on the degree of intelligence that is embedded into the robot.

Robotics combine hardware with intelligent software powered with data to perform a task that requires a certain level of intelligence. This could range from orientation to motion to interaction with other robots --called machine-to-machine interaction or M2M-- and interaction with humans, as it is the case of social robots and smart assistants.

When we talk about a smart machine, we talk about autonomy. Smart machines can be defined as systems that have been designed to be able to make decisions by themselves without the need of any human input. Level 5 autonomous vehicles fall into this category.

Cognitive Analytics Systems, robots, or any other kind of AI can belong to this category as long as it shows autonomy.

Cognitive Systems pro-actively learn more facts from interacting in conversation with humans, asking questions, and double-checking with the data they have available. A Cognitive System engages with customers and shares opinion on social media of the company.

When a Cognitive System becomes a Smart Machine they can specialize in areas that will let them provide more relevant information quicker than a non-specialized one.

Here comes the reward. This is what it can be done when all the above is applied. Deloitte has created its own Little AIME. When you turn around, this green eye will still be watching you. Meet AIME's cool green eye.

When Artificial Intelligence, Machine Learning, and Cognitive Analytics are put together things like Little AIME are born. In the future, we are going to see more little robots like this.

AIME is a homegrown robot developed by the Dutch Artificial Intelligence Center of Expertise (AICE). Little AIME can welcome and recognize people, mimic human mood, and play AI-related games. Little AIME can recognize objects and tell you what they are. This green eye even looks adorable!