A Man Was Robbed at Gunpoint for $1.8 Million Worth of Ethereum

Crime and fraud is a growing concern for law enforcement and government as cryptocurrency use continues to increase, a recent example being a gunpoint robbery in New Jersey in which one man’s ethereum wallet was stolen.

As the legitimacy and staying power of various cryptocurrencies continues—with bitcoin leading the way—security is becoming a rising concern as popularity grows. One example is a recent case involving Louis Meza. The New Jersey man was indicted on Tuesday of this week by the Manhattan District Attorney: the case involves an alleged kidnapping of a friend in order to rob him of ether—a competing cryptocurrency—of a value equivalent to $1.8 million.

Though Meza is still awaiting trial, the list of charges he accumulated is quite lengthy:

• Grand Larceny in the First Degree, a class B felony, 1 count

• Kidnapping in the Second Degree, a class B felony, 1 count

• Robbery in the First Degree, a class B felony, 1 count

• Criminal Use of a Firearm in the First Degree, a class B felony, 1 count

• Criminal Possession of Stolen Property in the First Degree, a class B felony, 1 count

• Burglary in the Second Degree, a class C felony, 1 count

Generally, the two most common ways of stealing cryptocurrency have been hacking online wallets and forcing exchange collapses that leave investors with big losses. New York District Attorney Cyrus Vance said about the crime: “Hackers, data breaches, and fraud aren't the only threats to an individual's wealth,” adding, “This case demonstrates the increasingly common intersection between cyber and violent crime-the defendant is charged with coordinating an elaborate kidnapping, armed robbery, and burglary to gain access to the victim's digital wallet and the significant funds it contained. We can expect this type of crime to become increasingly common as cryptocurrency values surge upward.” 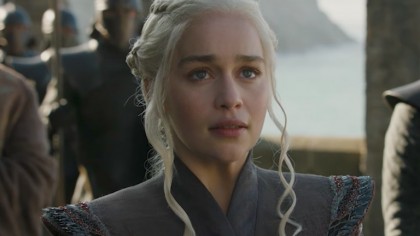 According to the report, Meza had agreed to carry his friend home in a minivan. During the ride, a second unidentified man appeared from behind with a gun, threatening the victim to give up his wallet, keys, and mobile phone. Sometime later, camera surveillance obtained from the apartment building show Meza leaving with a box which the DA believes held the digital wallet. A transfer of the stolen amount to his personal account corroborates the details of the robbery. Meza pleaded not guilty during the court arraignment, but with the combined charges he faces as many as 25 years in prison.

This crime looks in many ways like the ring of ATM robberies that suddenly popped up in the United States in the early 1990s, with dozens of stories emerging of people being held up at gunpoint. Though the availability of the machines was not the direct cause of the crimes, they were a negative, and arguably unavoidable, consequence that came with having money withdrawal services available to people 24 hours for the first time. In this way, we should expect a similar period of adjustment for cryptocurrencies: increased visibility often means increased crime. This is another part of the adjustment period required for the cryptocurrency.