The research shows that both diets low and high in carbohydrates are linked to an increase in mortality rates. Meanwhile, moderate consumption of carbs is associated with better life expectancy.

Fitness experts continue to come up with novel methods to stay in good shape and maintain optimum health. Earlier, it was believed that having a high-carb diet could make you lose weight.

Then, it was believed that a low-carb diet was the way to go. Now, things have taken yet another turn where a study unveils a new kind of diet - medium carb.

You might not necessarily consider consuming carbohydrates as “sexy” but a new study has revealed in no uncertain terms that consuming them in moderation could be your ticket to good health and a longer life.

Why Is a Medium Carb Diet Desirable?

The results of the research conducted on more than 15,000 Americans might be a bit of a shocker as they contradict everything that we have been lead to believe till date. 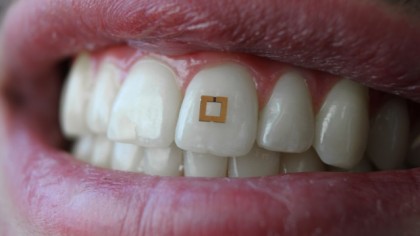 Scientists Develop Tooth Sensors that Can Monitor Your Diet

At the start of the study and after 6 years, these participants were asked to complete a dietary questionnaire on the types of food consumed, portion size and frequency. The obtained data was then utilized by the researchers to calculate the average calories the participants derived from carbohydrates, fats and protein.

What they found was that both people who consumed a low-carb diet and those with a high-carb diet had a greater likelihood of dying. On the contrary, people who were on a medium carb diet were at a lower risk of dying than their counterparts.

The findings revealed that it was expected for people over 50 with a very low carb diet to have an approximate life expectancy of 79 years, whereas those with a moderate carb diet would live four years longers. Although this does not sound like very happy news for people with the low carb diets, the study also found that low-carb diets are not all bad.

How to Increase Your Life Expectancy with A Medium-Carb Diet?

A low-carb diet can certainly help us in losing those extra pounds, but according to the new research, it might have a multitude of long-term effects on your health. The researchers deduced that there is a U-shaped link between your life expectancy and your carb intake.

You can lower the risk of early death by following a moderate carb diet as opposed to a low-carb or high-carb diet. As revealed by Dr. Salim Yusuf and Dr. Andrew Mente of the Population Health Research Institute in Hamilton, Canada, and the McMaster University, this U-shaped conclusion is to be expected given that “essential nutrients should be consumed above a minimal level to avoid deficiency, and below a maximal level to avoid toxicity.”

The study clearly shows the importance of consuming carbohydrates in moderation and focusing on plant-based diets rather than animal-based food. Consuming proteins and fats that come from plants and their sources such as nuts, legumes, and vegetables can go a long way toward increasing your life expectancy.

Although this study was quite thorough, more studies are required in order to ascertain the effects of consuming carbs in different quantities and dietary patterns. The study is published in the journal The Lancet Public Health.

Apple's Hearing Health Study Demonstrates How the World Is Too Loud