A Mystery Aircraft Seen Over Oregon Still Has No Explanation

Seen last October, the craft was white and flying above 30,000 feet in the air next to numerous airliners whose pilots, reported the sighting.

A mystery aircraft has caused a minor panic in the USA recently after it was spotted in the skies over Oregon last October. Flying during daylight hours in amongst the usual air traffic, the incident began around 4:30 pm near the California-Oregon border according to The Drive’s imprint, The War Zone. Multiple pilots witnessed the aircraft and reported it to air traffic control. FAA and North American Aerospace Command have confirmed that it did happen.

Usually mysterious sightings have a source and often its military associated, but in this case, the truth has yet to be found. A Reddit thread emerged penned by a pilot who was there at the time of the incident. He offered up more details as to what everyone saw that day over Oregon. The pilot and Reddit user Durpass said this; 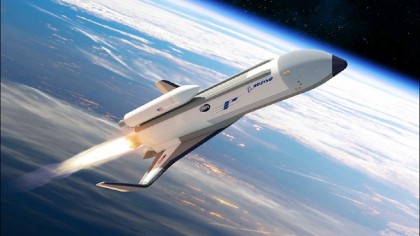 "Just landed in Seattle coming from the bay area. Beginning over Southern Oregon, we kept overhearing Seattle Center attempting to track an airplane with no transponder which wasn't talking. A handful of crews were able to track it visually, best they could tell it was between FL350-370 [35,000-37,000 feet], northbound. Nobody close enough to see the type.

Last we heard it was over the Willamette valley northbound and some fighters, perhaps out of PDX [Portland International Airport], were scrambled to take a peek. Center had trouble tracking it on primary radar.

Strange! My theory is they were running drugs to Canada. No news yet, not that I could find.

**Update 0500z. Called SEA ARTCC. The gentleman I spoke with said that they initially got alerted to the aircraft from Oakland Center who was painting it on primary [illuminating it with radar but without transponder information]. For whatever reason, they couldn't track it themselves on primary, and that's when I overheard them using airline aircraft to track it visually. The last airplane to see it had to descend into Portland and lost sight of it. The fighters were scrambled out of PDX but flew around for a while and did not find it. And that's that.”

Air traffic control audio of the happening is available to listen to at LiveATC.com of Seattle Centre Sector 14.

The object didn’t seem to have a TCAs or Traffic Collision Avoidance System and also didn’t show up on the radar. Like Durpass noted, Oregon Air National guard F-15 fighters from Portland International were scrambled to investigate but were unable to spot it around Crater Lake where it was first recorded. It was described as a white craft, flying north between 35,000 and 40,000 feet in the air.

Many on the internet have various theories as to what this unidentified object could be, some say it was a drug plane running a payload to nearby Canada, others claim its a highly classified government aircraft.

Both speculations come with problems so they can be quickly ruled out. But, another theory could be closer to the truth. Boeing is based in Washington State and is currently at work on a drone for the Navy’s MQ-25 Stingray drone competition. Their machine would definitely have stealth like capabilities and may be difficult to track. Still, no-one really knows for sure what the source of the sighting was, it’s unlikely that numerous pilots all had a collective hallucination.

The War Zone has since filed a Freedom of Information Act request with the FAA and NORAD to get to the bottom of the mystery. We’ll all have to wait and see.