One series superfan used a neural network to study the language used by author George R. R. Martin in previous books to write his own ending to the GoT saga. Many point out that the neural network's predictions line up with popular fan theories.

Iconic series Game of Thrones inspires all kinds of illegal and genius-level activity all in the name of spoilers. One episode of season seven was recently the subject of a worldwide hacking scandal. However, the latest GoT breakthrough came from impatient fans wanting to write their own book. Who needs to wait until 2019 for the final season when you can use a neural network?

Fans of the books and show are both languishing as author George R. R. Martin finishes up the final section of the saga, dubbed The Winds of Winter. However, the book has no release date on the horizon.  The last season of the HBO series won’t debut until 2019.

Software engineer Zack Thoutt took the situation into his own hands and is training a recurrent neural network (RNN) to predict what will happen in the sixth book The Winds of Winter and the final season of GOT.

"I'm a huge fan of Game of Thrones, the books, and the show," said Thoutt, who had just completed a Udacity course on artificial intelligence and deep learning and used what he learned to do the project. "I had worked with RNNs a bit in that class and thought I'd give working with the books a shot," Thoutt told Motherboard in an interview.

What are Neural Networks or RNNs?

Artificial Neural Networks are computing systems inspired by the intricate networks of animal brains. For example, when identifying images of an animal like a dog, the RNN learns by analyzing images of dogs labeled as “dog” or “no dog” and then uses these results to recognize other images of canines correctly.

If that sounds familiar, it's because neural networks consistently find themselves in the news on a rather grand scale. One of Elon Musk's greatest dreams includes combining the human brain with a neural networking system. He's even backed the company Neuralink to make his brain-computer interface dreams a reality.

Game of Thrones and beyond

Thankfully, Thoutt's aspirations for his RNN are significantly smaller than Musk's. Thoutt is currently working with a “long short-term memory RNN which is remembering plot points from thousands of words before."

"It is trying to write a new book. A perfect model would take everything that has happened in the books into account and not write about characters being alive when they died two books ago," Thoutt said. "The reality, though, is that the model isn't good enough to do that. If the model were that good, authors might be in trouble. The model is striving to be a new book and to take everything into account, but it makes a lot of mistakes because the technology to train a perfect text generator that can remember complex plots over millions of words doesn't exist yet."

His network has produced 5,376 pages of the first five books in his series. He published the chapters on the project’s GitHub page. Read some here.

What has the network come up with?

Though the grammar isn’t perfect, because well, a computer’s brain is writing it out, some of the network’s predictions are pretty spot-on and run parallel to many fan theories floating around on GOT forums. Here are two the especially stood out.

“Jaime killed Cersei and was cold and full of words, and Jon thought he was the wolf now, and white harbor...”

This prediction states that Jamie will kill his twin sister and lover. That certainly wouldn't be the worst twist in the Game of Thrones universe, nor would it be an unwanted character death.

“Varys poisoned Daenerys and another of the dead men. As he woke, it was a peaceful song, and now the low and the dawn was breaking up and there no smaller, robar the broken bones.”

Another claims that Lord Varys is behind the demise of the Dragon Queen, Daenerys. 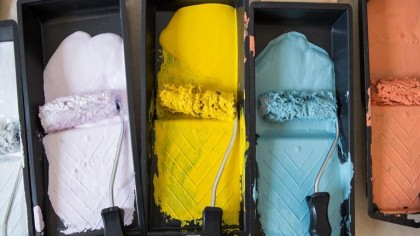 For Game of Thrones fans desperate for something to satiate their hunger for new plots, the RNN's predictions might seem more valid than other theories. After all, a computer can't be that incorrect, right? For now, however, we encourage fans (ourselves included) to treat the RNN's writing as nothing more than if computers could write fanfiction. Don't place any bets just yet; Martin, notorious for twist endings, still has a lot left to write.