Termed as new to science, the species has been named as Iberoporus Pluto

Iberoporus Pluto is not some newly discovered planet or solar system. It is the name given to a species of newly-discovered beetle, described extensively in the journal ZooKeys.

In an interesting discovery, the cave Soprador do Carvalho in Portugal, was home to a diving beetle found recently, at the bottom of a clay pound.

Hence the name Iberoporus Pluto, given aptly as a reference to the ruler of the underworld in Greek mythology Pluto.

Soprador do Carvalho is apparently the largest cave of the Dueça Speleological System that is located in the north-eastern part of Sicó karst area, Central Portugal.

The cave has also turned into a major tourism focus in recent years.

It was the unambiguous morphology in combination with molecular data, which made the scientists identify the beetle as a new scientific discovery. As part of the study, the scientists were unable to find any other specimens, but only a single female. 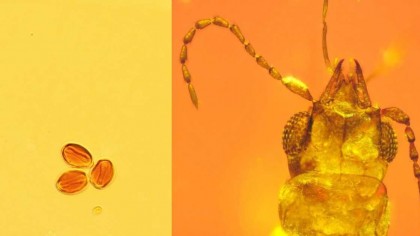 The open access journal Zookeys adds that the species has demonstrated adaptation abilities in the underground life, which includes depigmentation and also an evolutionary loss of eyes.

In fact, another interesting quality about these species is that it would be the first in the whole order of beetles (Coleoptera), belonging to the country's underground waters.

The authors of the study mentioned that - “The knowledge of the subterranean fauna from Portugal has significantly increased over the last decade, with the description of a high number of obligate subterranean species (tripling their number) and the establishment of new biogeographic patterns.”

Describing the species in detail, the journal further says that it has a uniformly pale orange body that measures 2.8 mm in length and 1.1 mm in its widest part, with longer and slender appendages.

Going by this, the beetle turns out to be larger than the rest species known in its genus.