A scientist from MIT is warning that a sixth mass extinction event could be just around the corner. In the history of the Earth as we know it there have been five mass extinction events already. These catastrophic events have been the trigger for huge amounts of plant and animal life to become extinct in a short amount of time. The worst of these events was the Permian extinction, which occurred 253 million years ago. It wiped out about 95 percent of all marine life. MIT have analyzed the conditions these events took place under and they believe the end of this century could bring about another disastrous event. 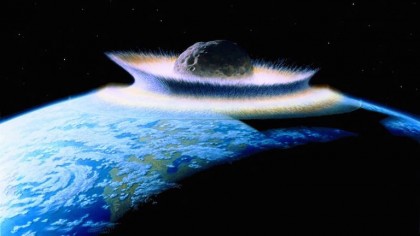 The Planet of Death: 10 of Earth's Worst Extinction Events

Previous extinction events have all been brought about by an imbalance of carbon. Carbon, as we are all too painfully aware, is a naturally occurring element in our atmosphere, but imbalances can have devastating effects. Significant increases or decreases of carbon can cause fluctuations in temperatures and environmental conditions. While carbon is the lynchpin in causing extinction events, there are other contributing factors as well. In the case of the Permian extinction , it is thought to have been initiated by plasma pulses that deposited CO2 into the atmosphere in unmanageable levels. The extinction event blamed for the downfall of the dinosaurs was thought to have been initiated by an asteroid landing on earth that sparked fires that swept across large tracts of land in conjunction with a huge volcano eruption.

MIT professor Daniel Rothman was curious about these events and whether he could understand their causes and conditions to assist in predicting the next event. Understanding carbon is at the core of that but our current carbon spike has only been recorded for centuries which just isn’t enough to draw a conclusion from. Professor Rothman explains his process, saying, "How can you really compare these great events in the geologic past, which occur over such vast timescales, to what's going on today, which is centuries at the longest? So I sat down one summer day and tried to think about how one might go about this systematically.”

What triggers a mass extinction?

His summertime thinking led the geophysicist to develop a mathematical formula that considers both the changes in the carbon cycle and its relative timescale. From this, Rothman has proposed two thresholds that if crossed will trigger a mass extinction event.

One threshold relates to the speed that carbon is being added to our atmosphere. If carbon is added too quickly ecosystems won’t have time to adapt and some species will become extinct. On the other side if carbon is added slowly but at a greater magnitude ecosystems while being able to adapt for a period of time will then become overwhelmed by the carbon and a similar extinction event will occur. According to Rothman's calculations if an extra 310 gigatons of carbon is added to our atmosphere the carbon cycle will enter "unknown territory" by 2100. This “unknown territory” could be a mass extinction event. While carbon loading at this scale isn’t going to happen overnight the message of the research is clear. Carbon has profound effects and the implications of additional carbon need to be taken very very seriously.