A Strange Element Challenges What We Know of Superconductivity

One of the most unexpected periodic elements just challenged our understanding of superconductive materials. This recent discovery in India has scientists rethinking superconductivity. Bismuth, one of the strangest looking elements, can become a superconductor (conduct electricity without resistance) when cooled to slightly above absolute zero. 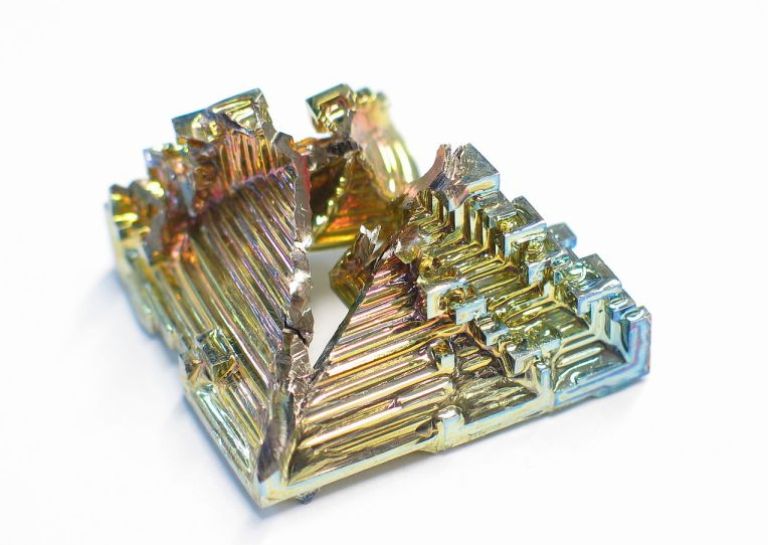 The current 40-year-old theory of superconductivity assumes superconducting materials have free-flowing electrons. However, bismuth has one electron for every 100,000 atoms.

"In general, compounds that exhibit superconductivity have roughly one mobile electron per atom," Srinivasan Ramakrishnan from the Tata Institute of Fundamental Research in India said to Chemistry World.

"However, in bismuth, one mobile electron is shared by 100,000 atoms – since [the] carrier density is so small, people did not believe bismuth will superconduct."

The team had to confirm bismuth's superconductivity. They chilled the element's crystals while removing them from outside magnetism. They supercooled the crystals to roughly -273 Celsius, where the team observed the Meissner effect. Bismuth (the superconductive material) expunged its own internal magnetic field.

Basic superconductivity theory states that electrons partner up to remove resistance to their flow, thanks to electrons interacting with the material's ions. This theory, called the Bardeen-Cooper-Schrieffer (BCS) theory works with materials with an abundance of free-floating electrons. However, with its low ratio of electrons to atoms, bismuth breaks that understanding.

For the team, the discovery changes the game, especially since current theory can't explain what the team reported.

"Clearly it is a landmark discovery in the history of superconductivity … since it warrants a new mechanism for superconductors,’ Ramakrishnan said. "One can expect to produce new superconductors once the new theory is known."

Bismuth itself is an odd element, as seen in its unusual look and strange magnetic properties

“A good global picture is missing” to explain bismuth, said theoretical physicist Ganapathy Baskaran of the Institute of Mathematical Sciences in Chennai, India. “I think it's only a tip of an iceberg.”

Bismuth joins only a few other elements with low electron carrier densities that can superconduct. For other researchers in the field, this finding could lead to a new classification of materials entirely.

Challenging the theory of superconductivity isn't exclusive to this new finding, however. An April 2016 study from the University of Houston concluded research directly contradicting Bean's critical state model. The findings suggested there were properties beyond supercooling and large amounts of magnetic energy to facilitate superconductive materials.

The ultimate goal with superconductors would be finding one that worked at room temperature. This material could replace ordinary metal and save tons of energy. It could even contribute to more advanced supercomputers.

To better understand the basics of superconductivity, check out this video below courtesy of Techquickie.

SEE ALSO: There May Be Flaws in the Superconductor Theory

BA.2 Omicron subvariant: Here’s what we know about the stealth strain