A Third Person May Be Cured of HIV

Just days after the announcement of the "London patient", doctors reveal another person has been functionally cured of HIV.

Just days after the announcement of a second patient being functionally cured of HIV, it has been revealed that a third patient may now be cured as well following a bone-marrow transplant treatment similar to the first two. The third patient, called the "Dusseldorf patient, was found to have no evidence of HIV in the gut and lymph nodes three months after stopping an antiretroviral medication.

In 2007, the “Berlin patient” was the first person to be cured of HIV after cancer treatment. The patient suffered from leukemia. He was given, at the time, a treatment that saw nearly all his immune cells killed with radiotherapy or drugs. They were then replaced with donor cells.

There was one key trait though to these donor cells. The donor had a rare natural mutation in a gene called CCR5 that made him naturally resistant to HIV.

On Monday, it was revealed that another patient, called the "London patient", was given a similar treatment with similar results. The news made headlines around the world.

The "Berlin patient," Timothy Ray Brown, spoke to The Telegraph of his hope that the news meant a cure was possible. "It proves that HIV can be cured and that's what basically gives people hope in my case. It gives the scientists hope that they should keep looking for finding cures for HIV and also gives patients hope that there will be a cure that will help them one day." 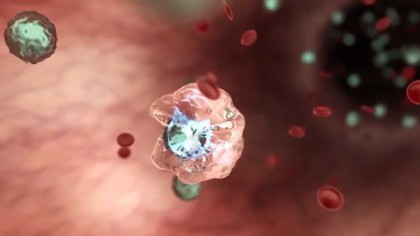 The doctors seemed to agree with him. At the announcement of the "London patient", the study's lead author, Professor Ravindra Gupta (UCL, UCLH and University of Cambridge) said: "By achieving remission in a second patient using a similar approach, we have shown that the Berlin Patient was not an anomaly, and that it really was the treatment approaches that eliminated HIV in these two people."

The still-anonymous "London patient" has now been free of HIV for 18 months. Although this is great news, Gupta did state the patient was only "functionally cured." "It's too early to say he's cured," added cautiously Gupta.

The news of a third patient being cured now brings greater hope than ever for a possible HIV treatment but doctors and experts are still wary. Bone marrow transplants are risky procedures that are not suitable for most HIV patients and donors with the CCR5 mutation are extremely rare.

However, experts are considering the possibility of replicating these results with CRISPR/Cas9 gene-editing.