A Thousand Thrusts But This New "Self-Lubricating" Condom Still Lasts

Now five years in existence, the annual competition sponsored by the Bill & Melinda Gates Foundation for improving the condom continues with this year's self-lubricating version.

The motto of any good inventor is not to reinvent the wheel, or in other words, create a product or innovation which draws upon fresh inspiration. Although this is sound advice, there are some exceptions to this important rule in which an existing product is enhanced so much that the original seems to have little relation, if any. When we add in the extra elements of repurposed items, and applications involving reimagined technology, the possibilities become endless.

Then there is that special category of inventions which seem too good to be true. One example could be the self-lubricating condom developed by a team of scientists this year. Before the jokes about basement inventors and YouTube sensations begin, it should be mentioned that this team came up with the design thanks to research funding provided by the Bill and Melinda Gates Foundation, in the generous amount of $100,000. 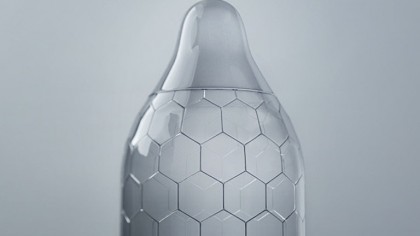 Work in this area began five years ago. Though hundreds--yes, hundreds, entered the competition (812 in total)  even when it was first announced back in 2013, the top eleven most promising projects were selected. And of course, the names chosen from the top teams reflect the minds of researchers, not marketers. For example, considering one of the winning team's entries, it would be tough to consider discussing a marketing strategy with a product under the name "Dynamic, Universal Fit, Low-Cost Condom."

At the time of the announcement of the research grants, Stephen Ward, a Gates Foundation program officer, in an interview with the New York Times mentioned “improving lubrication, internal friction, external friction, heat transfer" among the list of issues which could be addressed by the project. "There's not one magic bullet," adding "The idea is making them easier for people to use at the moment, in the dark, whatever situation they're in."

The team which received the grant this year set out to solve the classic dilemma posed by discomfort of wearing condoms and using them for an extended period of time, as well as the added issue of personal lubricants, particularly their "their solubility in physiologic fluids and their proclivity to absorb into bodily tissues limit their extended duration use". In other words, in the interest in public health, their goal, as was the goal of the many teams who joined the competition, was to create condoms, or improvements on condoms, which would encourage people to use them the most by providing a self-lubricating feature.

By their estimations, the condom ensures up to 1,000 thrusts in a single use, with the team adding that anywhere between 100 to 500 thrusts are produced during intercourse. All the jokes, and puns, of course aside, the work of these scientists is helping to not only improve on condoms but also keep a vital conversation surrounding health going.

Details of the study appear in a paper, titled "Friction-lowering capabilities and human subject preferences for a hydrophilic surface coating on latex substrates: implications for increasing condom usage," which was published on October 17th in the Royal Society Open Science journal.