Every year, over 3 billion people access the internet for various purposes. To this day, the Internet comprises the largest bank of knowledge of peoples' everyday activities. Its contents can be explored almost everywhere around the world almost every day of the year. About 80 percent of those people use Google as their search engine. 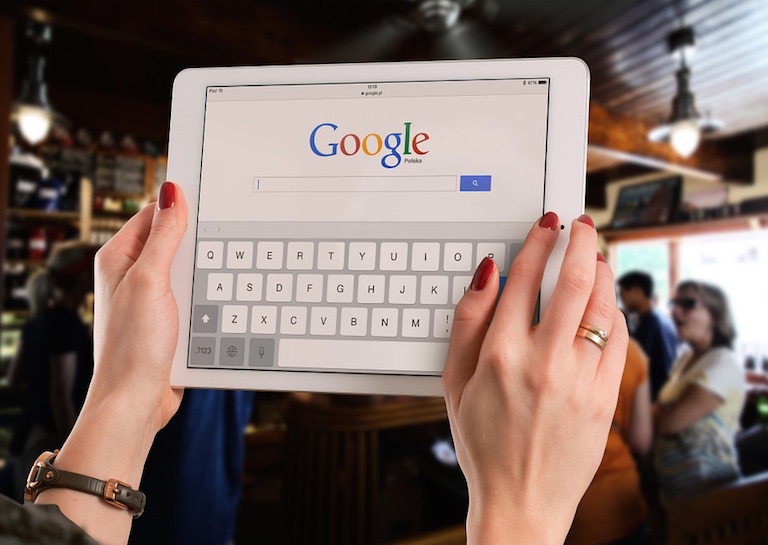 Never in the history of time has human life been recorded with such unprecedented detail. In a short 50 years, humanity evolved from heavily relying on physical copies to the massive data empire which contains the traces of over one billion people on the planet. In 1950, the population of the planet was only 2.5 billion people. While humans once connected through face-to-face encounters, today, many interactions take place over the click of a few buttons. We are living in the era of the Internet - Perhaps the single most influencing force since the beginning of time.

Google provides the gateway to the internet for most people. Although, the company offers much more than just a search engine. Through its many services, Google collects an incredible amount of data about individual users. The data sets include accounts past location history through accessed internet to routes taken on Google Maps. It reveals voice recordings from voice searches and previously believed to have been deleted photos- and internet search history.

The data can be accessed by searching through copious amounts of setting, or through the link provided here.

Google makes the setting difficult to find, and upon exploring it, it quickly becomes apparent why.

The link will direct you to Google's voice recordings of your account. More contents of your recorded data can be discovered by clicking on the top right tab to reveal a list of other information which can be accessed- including up to 2 Gb of past history. 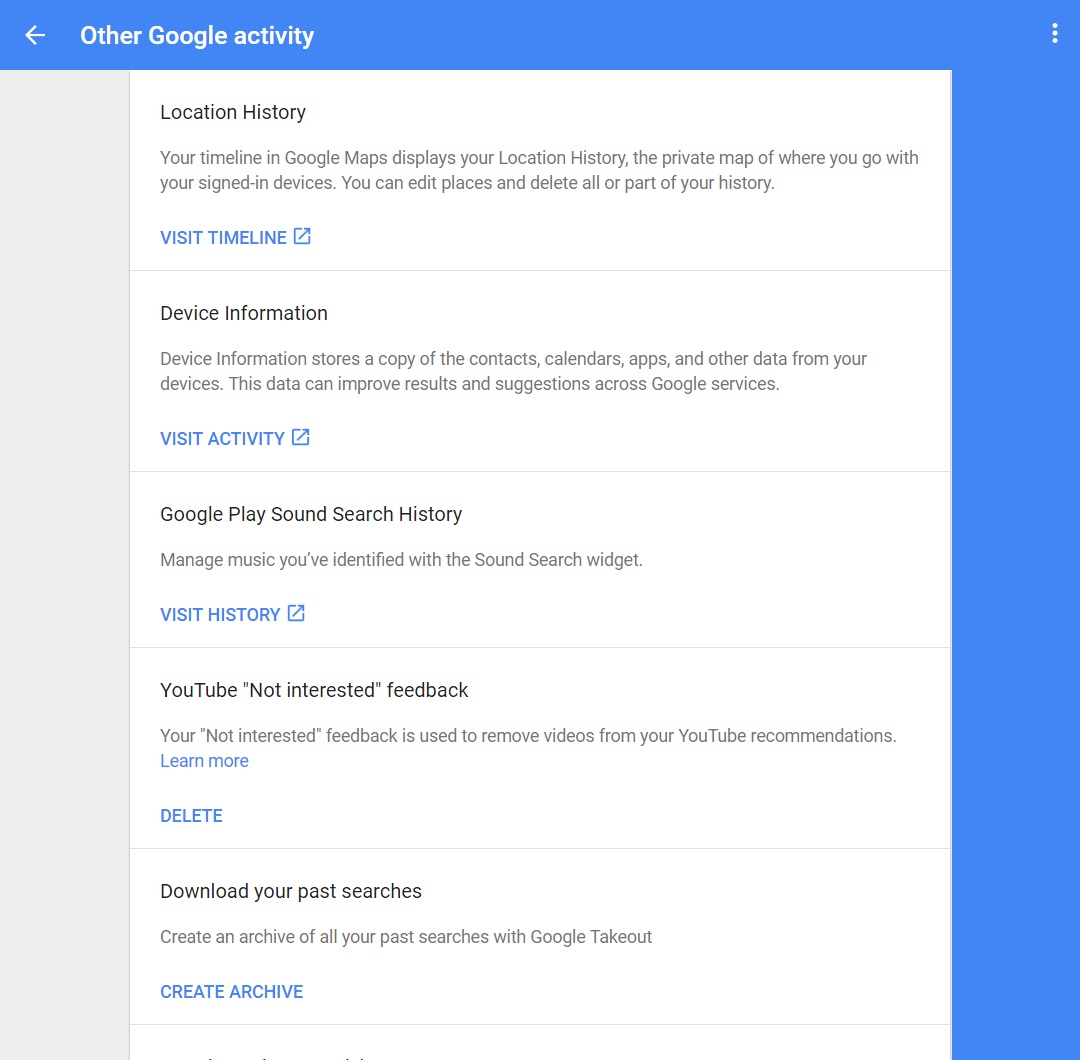 The results of what can be found can be rather shocking. Although, while it may instill fear into some, with it comes the ability to trace your way across the world wide web and even in real life. Lives are being documented with unprecedented detail, a thought which is incredibly intriguing. Companies are using the data to generate products to better suit the changing times. Other businesses use it to direct their advertisements and reach a market which would otherwise not be possible if humanity were not so connected. With it also come the ability to spread awareness and important knowledge faster than ever.

However, the topic clearly draws into question the morality of storing massive quantities of data about potentially unsuspecting people. It is a question which has only recently been conceived. It will most certainly spark international debates as humanity adapts to the entirely new way of life, that of one with connections which stem into billions of people.

Fortunately, there is an option to opt out of Google's recordings. The settings can be easily modified to delete recordings over a certain date, or all of them at once.

The amount of data being stored is substantial. We are entering an age where a large majority of the population is being documented. The idea is daunting, though it is a curious thought to ponder what it entails for the future.

Humans are active on the web

Perhaps one of the best documenting websites on the internet is in fact not Google, but Facebook. As of 2017, Facebook reported having over 1.8 billion users. People of all ages are using it to organize, socialize, and investigate other content ranging from breaking news to cat fails. Below is a chart of the active users across various social networks worldwide. 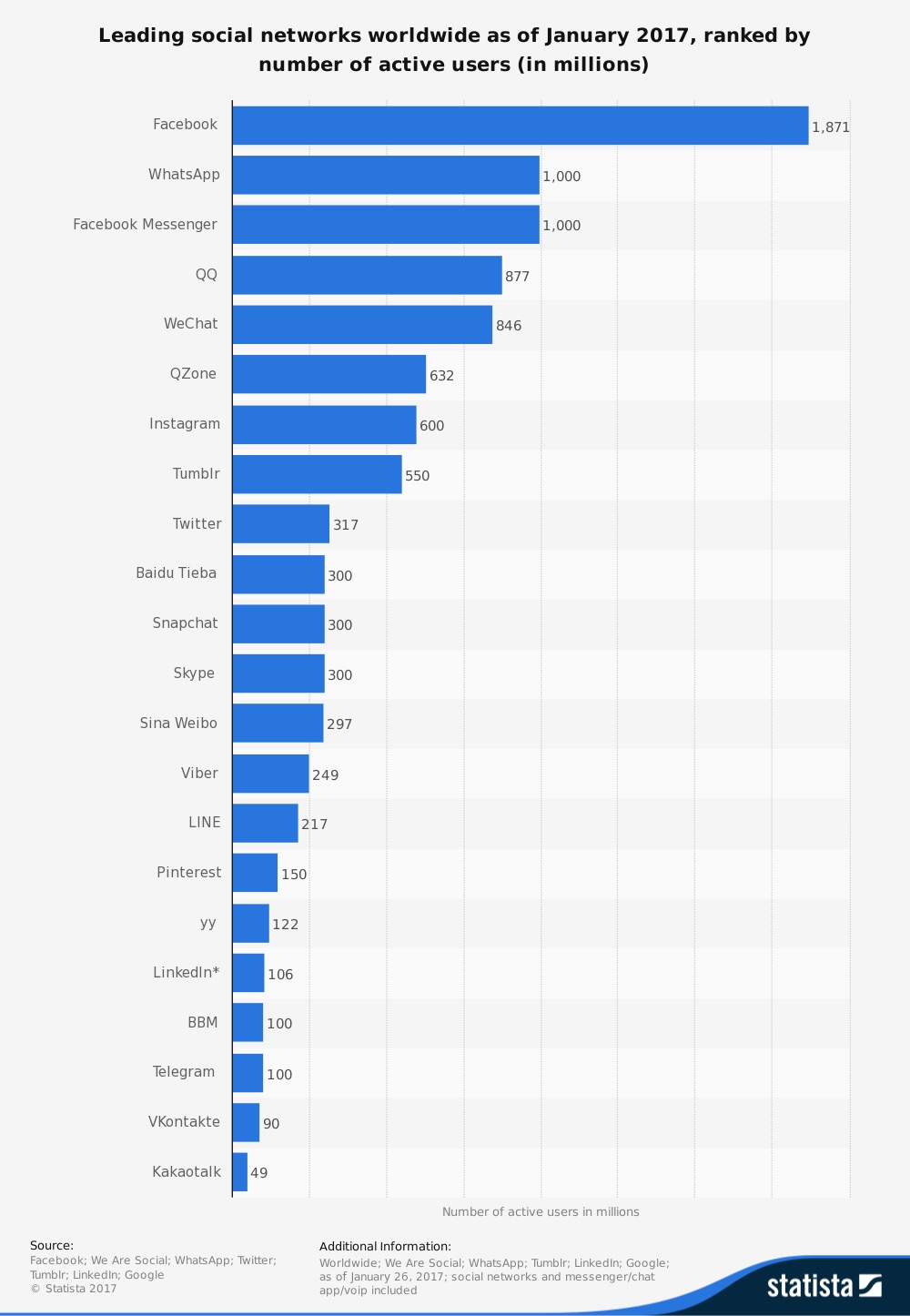 Human trends, socialization, and education are now commonly accessible in part due to the rise of the internet. The mass-scale documentation of individual people will most certainly continue to spark controversy over the ethics of recording personal information. While some may consider it to be a breach in personal privacy, others may lay claims that it is an unrivaled opportunity which can help humanity to spread awareness and improve collectively, through connectivity. Despite personal opinions, data will continue to be mined regardless of what people say. Though it is frightening, the knowledge is available to be reviewed, and should you wish, your trace can be deleted (for the most part).