Here in the Spring of 2013 we find Paul Vo, the inventor of the newly-renamed Vo-96 Acoustic Synthesizer, offering up what he says is the "most fundamental and radical innovation in the music industry today" .

Vo has been working with the Moog company (founded by and named after the inventor of the famous and music-world-transforming Moog keyboard synthesizer) since 2006. The technology enabling the award-winning Moog Guitar and Moog Lap Steel was invented by Vo, and he has been working on his Acoustic Synthesis system since 2009. At the time of this writing he's offering a limited number of "inventor's cut" products for sale through his design company, Vo Inventions LLC, and Moog is totally supportive of him.

"Moog Music and I have a great relationship, but it's a bit of an unusual relationship in the sense that it too is an invention, built for our specific purpose and out of the usual mold. As a result, most of the speculation about it is likely to be wrong I guess. Nothing has changed in our relationship. I've always been an independent inventor and I've worked with Moog in whatever way makes sense for their corporate strategies and my ideas and initiatives as an inventor."

The Vo-96 Acoustic Synthesizer comprises more than 1,200 components, among them three high bandwidth digital signal processors and 12 physical full bridge transducer drives. The Core-96 is the analog and digital signal processing vibration control engine, situated out of view within the acoustic guitar. Between the bridge and the sound hole and flat against the upper face of the guitar lay the combined capacitive touch interface (with LED status indication and lock-out) and physical sensoriactuator unit. 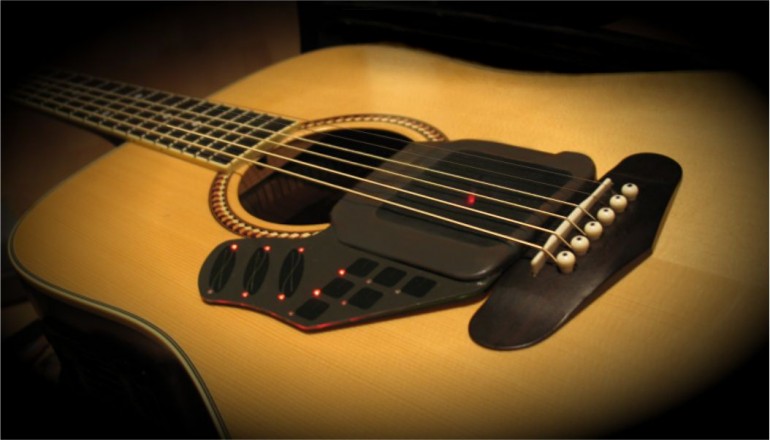 The sonic capabilities of an acoustic guitar get augmented via controlling the vibration of the guitar strings. The Vo-96 is capable of 12 channels of sub-microsecond analog sampling as well as 96 virtual channels of vibration control (16 per string). No external amplifier required, either.

"The DSP and control systems of the Vo-96 operate completely in the background, adding and subtracting harmonic motions from the string by modulating the magnetic field around the string. Synthesis occurs on the string, in directly perceivable reality," says Vo. 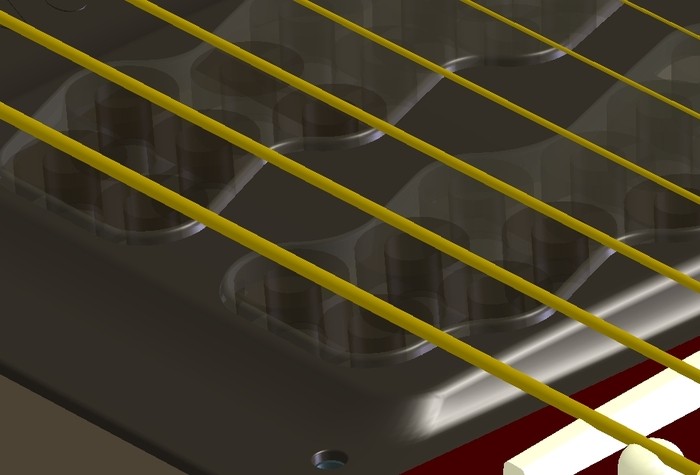 Besides providing captivating harmonic accompaniment to acoustic guitar picking, the synthesizer's modulations are capable of enhancing the sound of a definitively mediocre acoustic guitar, making it have a voice like a higher-end guitar. 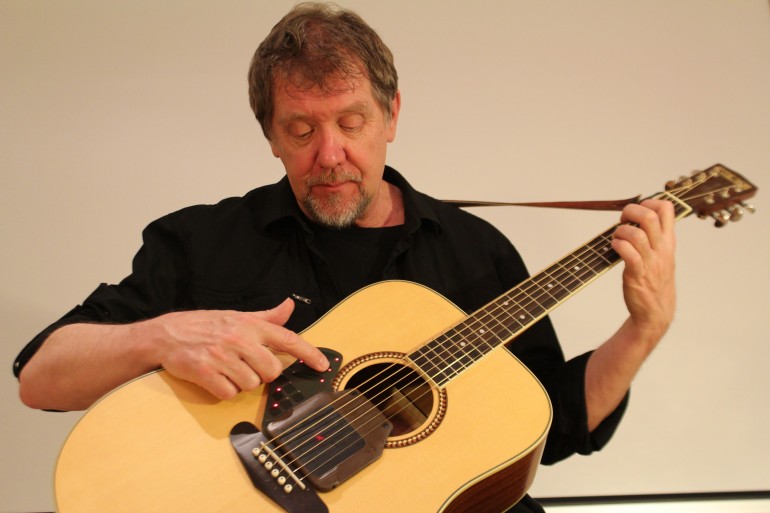