The sportswear giant has announced it sold one million pairs of sneakers, each made with 11 recycled plastic bottles found in the ocean in 2017.

Adidas had introduced three new versions of its UltraBoost shoe made out of plastic found in the ocean in 2017, in partnership with environmental initiative Parley for the Oceans.

Parley for the Oceans is an environmental initiative addressing major threats to the world's oceans. It develops products made from recycled marine plastic.

Another Ultra Boost model this year

Adidas has been showing commitment to sustainability and has pledged to phase out plastic bags entirely in the 2,900 retail stores it has around the world.

In the SXSW conference in Austin, Texas this week, Eric Liedtke, the company’s head of Global Brands, said that Adidas wanted to produce all of its products, from footwear to apparel, out of recycled plastic from the ocean by 2024. 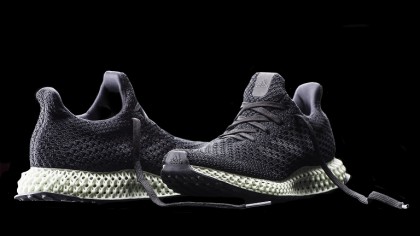 Adidas has also released another Ultra Boost with recycled ocean plastic earlier this week. In June 2017, the company said that in 2018 they wanted to release five million pairs of shoes which used recycled plastic from the ocean.

Parley for the Oceans and Adidas have also worked together to make other products such as tank tops, which are made from materials that are created from recycled waste, as well as leggings that are made of fabric that has Econyl regenerated material.

Adidas used recycled polyester and sustainable cotton in previous products before this partnership, except for in shoes. In November 2016, the company unveiled the sneakers. The product was a limited release at that time, but it sold well. The brand launched the shoes in May 2017 in stores and online.

Adidas said these designs reflected the company’s support for a great cause and delivered the exceptional performance the company was known for.

After Adidas switched from plastic bags to paper in its retail stores two years ago, it has eliminated about 70 million plastic shopping bags. Adidas has also made progress in its efforts to cut water usage per employee and use more cotton which has been acquired in an environmentally-friendly way.

“As a global brand we have a responsibility to help change the world for the better.”

It is hoped that with Adidas and other major sports brands leading the way, other brands will also join to create a better environment.

“As a global brand we have a responsibility to help change the world for the better,” Mathias Amm, Product Category Director of Adidas Running said last April.

'These designs reflect our support for a great cause, while delivering the exceptional performance we are renowned for – a powerful combination, which we hope will excite and inspire our global community as much as it does us."

Adidas has also reported quarterly earnings on Wednesday. The company said it expected another year of sales and profit growth, but at a slower rate than in 2017.