Adidas unleashes their latest trendsetting pair of shoes called the Futurecraft 4D which will be the brand's first mass-produced 3D-printed sneaker. 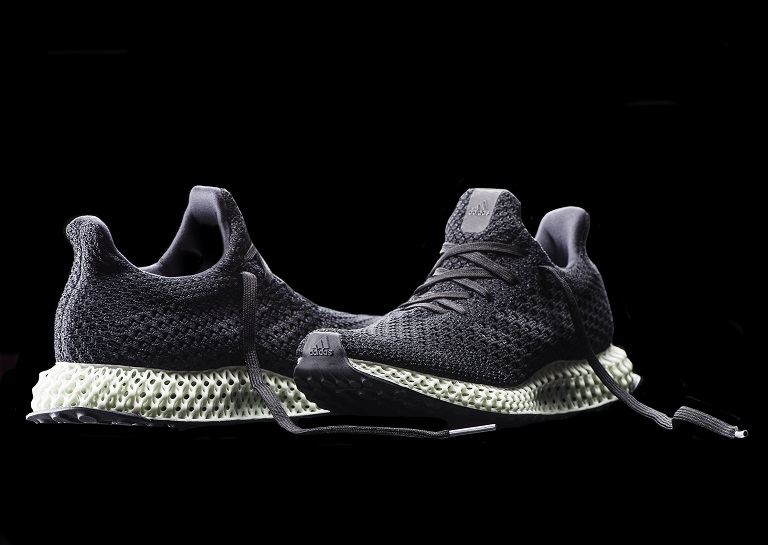 The sole of this futuristic trendy shoe is manufactured by Carbon, a Silicon Valley-based tech company, whose motto is to "Stop prototyping. Start producing". And that they will do, as Adidas collaborate with them to continue developing the first mass production process, which was previously impossible because of the complex midsole geometries of 3D shoes. Using Carbon's enhanced CLIP technology, this may well revolutionize the sports and fashion industry. 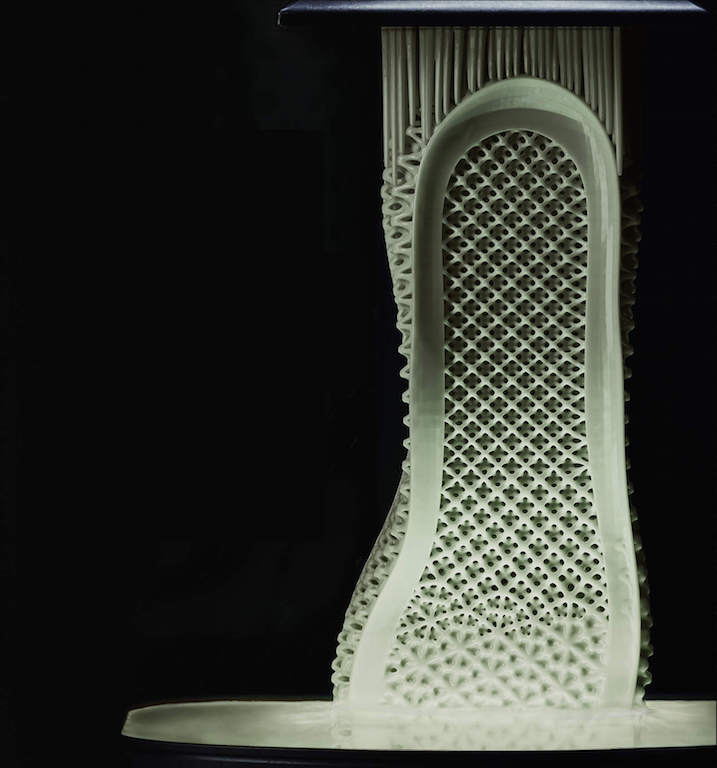 The midsoles of this high-performance footwear were crafted with light and oxygen using Carbon's digital light synthesis technology. 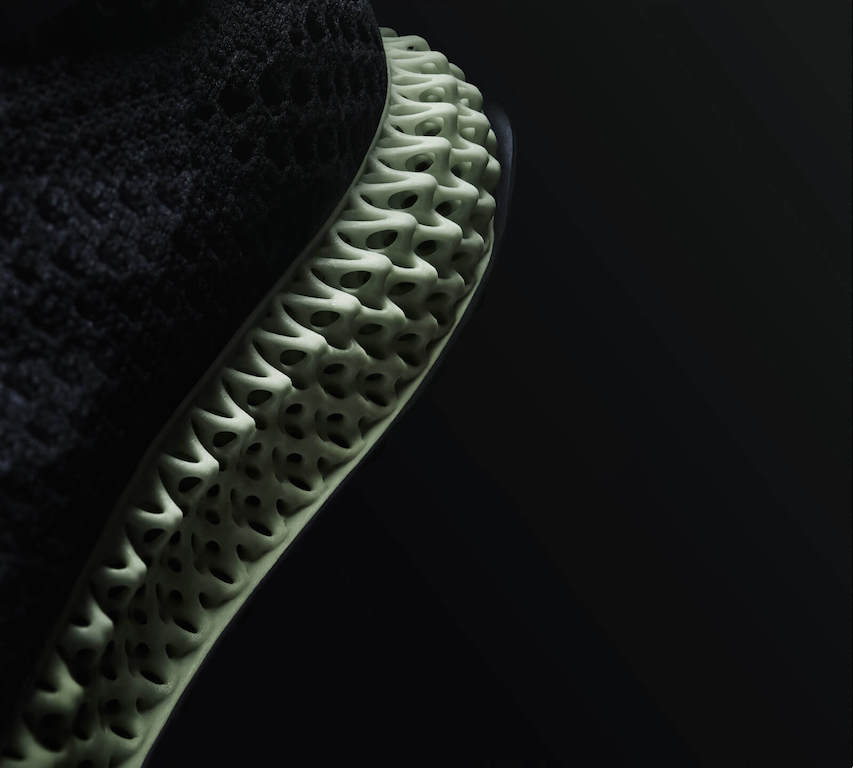 The liquid resin which possesses desirable elastic properties is solidified using light and oxygen to inhibit the material allowing it to grow. Using this technique, the midsole is able to produce various levels of cushioning, movement, and stability with just one single component. 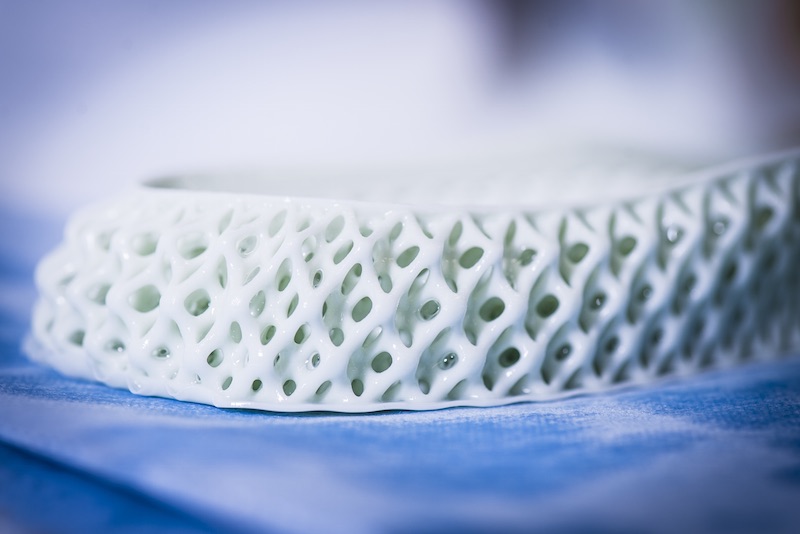 Adidas used 17 years of their athlete data to develop the Futurecraft 4D precisely.

"With Digital Light Synthesis, we venture beyond limitations of the past, unlocking a new era in design and manufacturing. One driven by athlete data and agile manufacturing processes. By charting a new course for our industry, we can unleash our creativity - transforming not just what we make, but how we make it."

The chosen material for the Futurecraft 4D is Carbon's EPU 4o 3D printable liquid resin which was the only ingredient that came close to the required properties for this high-performance shoes. Carbon's team iterated over 150 different material compositions to obtain the desired mechanical properties. They also precisely tweaked the color of the liquid resin to match the signature linen-green shade of launch shoe selected by Adidas' design team. 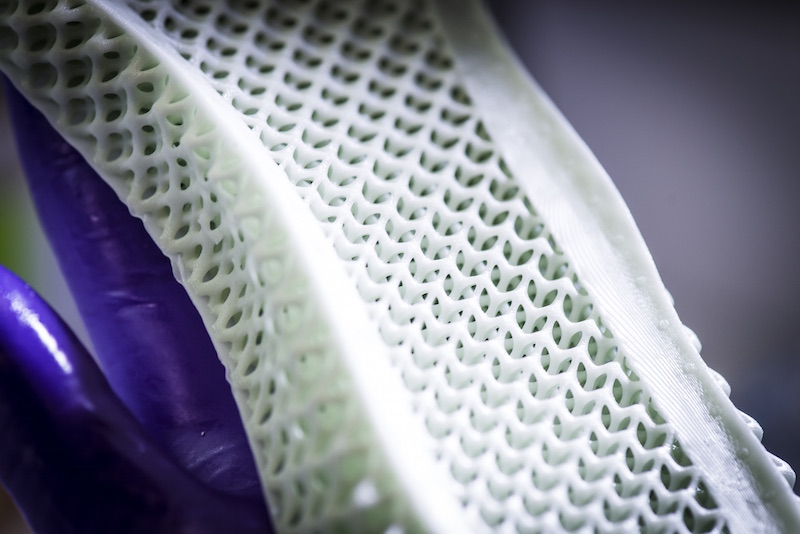 The collaboration effort between Adidas and Carbon will continue to develop new materials and machinery in order to innovate future productions.

In a press release by Carbon, Dr. Joseph Desimone, the company's co-founder and CEO stated, "Our partnership with Adidas will serve as an ongoing testament to how the digital revolution has reached the global manufacturing sector, changing the way physical goods are designed, engineered, made, and delivered". 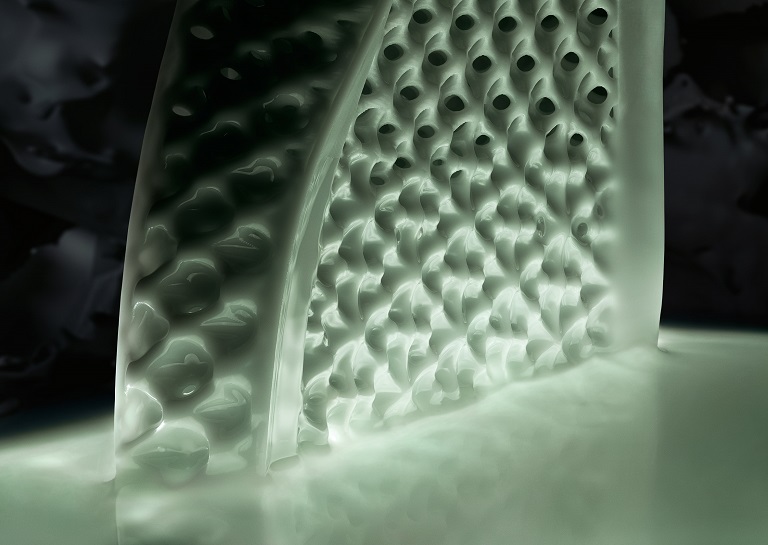 Adidas will be releasing three hundred pairs of the Futurecraft 4D this April 2017 for friends and family, then a further 5,000 plus pairs for retail by this Fall/Winter.

The sports brand is aiming to mass produce the high-performance footwear speedily and efficiently by more than 100,000 pairs by the end of 2018. However, one of the biggest question many Adidas fans may have is how much will a pair of this Futurecraft 4D cost when they come out in stores? Well, we don't know yet but Adidas said it will be along the 'premium' price range.

Check out the Adidas and Carbon websites for more news and updates.