Using a new advanced model, a research team led by Tufts University has examined over 5 million possible scenarios for Earth’s future. Sadly most paint a world that is deeply warmed; however, there is still some hope.

A popular computational climate change assessment model was adopted by the researchers to better take into account human activity and the atmosphere's sensitivity to carbon dioxide levels.

This adaption allowed them to explore a multitude of possible future scenarios. The additional variety afforded by the adapted model aims to help researchers find pathways to a tolerable climate change future.

Usual models incorporate human activity and climate but fail to give space for areas with large uncertainties like population growth, the economy, technological advancement, and the climate's sensitivity to greenhouse gases. 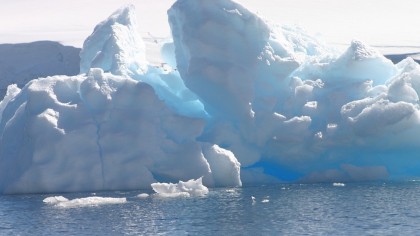 "The consequences of severe warming can be dire. Given this potential for poor outcomes, it can be dangerous to consider only a few experts elicited scenarios," said Jonathan Lamontagne, Ph.D., assistant professor of Civil and Environmental Engineering at Tufts University and lead author of the study.

The new model includes a broad range of uncertainties and explores millions of scenarios for the future, some which reveal a "tolerable" future where the Earth’s warming is limited to 2-degrees Celsius by the year 2100. While the good news is, it's still possible, the modeling also reiterates just how difficult meeting that target is.

One pathway to the best possible reduction in warming is for humanity to aggressively pursue carbon-neutral energy production by 2030. If this is achieved, we can hope that the atmosphere's sensitivity to carbon emissions is relatively low, which would keep the warming to under two degrees.

Sadly, if the atmosphere's sensitivity is high, the same aggressive switch in energy production wouldn’t be enough to save the Earth from intolerable temperature rise.

"Despite massive uncertainties in a multitude of sectors, human actions are still the driving factor in determining the long-term climate. Uncertainty is sometimes interpreted as an excuse for delaying action. Our research shows that uncertainty can be a solid reason to take immediate action," said Lamontagne.

This research advises the governments on every continent to take absolute and immediate action against climate change. This is a comprehensive futures modeling analysis that envisions only with rapid action and some luck that the Earth will be saved from climate change danger.

The research was published in Nature Climate Change. The authors also provided links to the open source code used in the modeling.