AI Advancements Are Making It Easier to Hack Biometric Systems

Biometric systems may not be the best way to protect your data as hackers find new creative ways to steal your identity.

Fingerprint technology and face scanners were the ultimate forms of security in an age where your data and identity were crucial, or so we thought.

In an age, where every few months it seems as if there is another major security breach at a top corporation, and almost your entire identity exists in the digital realm, it is important to protect yourself.

Biometric Data Is Not as Safe as You Think

If you are a next-gen smartphone user, there is a good chance that your smart device is equipped with a fingerprint scanner or facial recognition technology, or potentially both. When biometric systems first went commercial, they promised the ultimate forms of security technology.

And, it makes sense. Who can recreate you? However new research says that biometric systems may not be as safe as we think. In short with the advancements in artificial intelligence, hackers could potentially compromise a biometric system, stealing your data in the very near future.

How Can They Do It?

It is actually not that complicated if a hacker wants to take your data using your face or fingerprint, there are multiple ways they could go about doing that. First and foremost a hacker could replace your fingerprint or face scan to gain unauthorized access to a system. 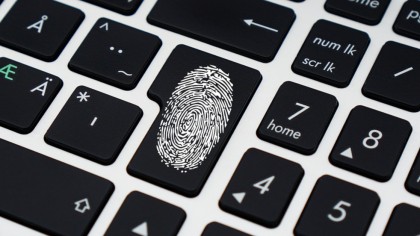 While at the same a hacker could find a way to physically copy or spoof your fingerprint using something as simple as clay to gain access to a system. Or, simply gain unauthorized access through some biometric data stored in a system.

The biggest issue arrives when you are not able to “reset your password”. If your biometrics, your body,  is the way to access your personal data, what happens when that information is stolen?

Though the methods above are tricky for a hacker to complete, artificial intelligence could end up making the process of stealing your identity much easier. Researchers at New York University have created a tool that can generate fake fingerprints to unlock mobile devices.

Even more so, researchers have demonstrated how deep artificial neural networks can be trained over time to recreate faces, or just create faces in general. What is stopping someone from using these same tools to access your world?

Though the idea of someone using AI to hack your Android seems like something out of a science fiction film, it is a very real reality. This begs the question: will biometric systems be enough in the long term? Or, will we have to rethink this form of security?