AI Bots Now Have Their Own MMO To Play

Researchers have created an MMO for their artificial intelligence to explore.

Developers at the non-profit, AI research organization OpenAI have begun building a multiagent “MMO” to study artificial intelligence agents in a persistent environment that they call Neural MMO.

OpenAI has just released the source code for the new AI training simulator, which patterns itself off the widely popular genre of video games known as massively multiplayer online (MMO) games. These games feature large numbers of concurrent players playing in a persistent game world, sometimes many thousands on a single game server.

SEE ALSO: OPENAI'S LATEST GAME TEACHES YOU HOW TO DEBATE LIKE A BOT

The MMO that the researchers built is not nearly as complicated as the ones we play today, but it uses many of the same dynamics surrounding scarcity, where agents have to make choices of how to prioritize their pursuit of limited resources in competition with other AI agents.

“One purpose of the platform is to discover game mechanics that support complex behavior and agent populations that can learn to make use of them,” OpenAI says. “In human MMOs, developers aim to create balanced mechanics while players aim to maximize their skill in utilizing them.”

Because of the imposed scarcity on their resources, AI agents can attack other agents much like you could in other MMOs in order to obtain them. This results in the agents having to balance the risks and rewards of navigating the game world.

Agents are rewarded in Neural MMO for how long they survive and the more interactions they have, they better they get at certain tasks. The researchers foung that the more agents there were at a given time in a game world, the more agents would  explore the map in pursuit of resources.

“In the natural world, competition among animals can incentivize them to spread out to avoid conflict. We observe that map coverage increases as the number of concurrent agents increases," OpenAI says. "Agents learn to explore only because the presence of other agents provides a natural incentive for doing so.”

“As entities cannot out-compete other agents of their own population (i.e. agents with whom they share weights), they tend to seek areas of the map that contain enough resources to sustain their population.”

MMO Environments as Tools for Study

Neural MMO isn’t the first AI training program to use games as a training environment, as researchers have always turned to games like chess and Starcraft II as benchmarks for gauging the performance of AI systems, but it definitely is compelling research. 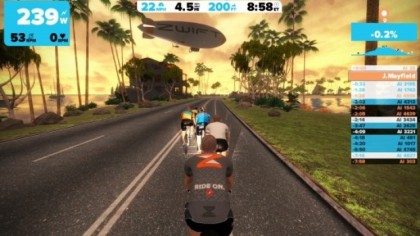 It also isn’t the first time an MMO has been a useful scientific tool. The most famous instance of this was in 2005, in the MMO World of Warcraft, when players were able to introduce an in-game virtual plague into parts of the wider game world than the game developers had intended.

The Corrupted Blood Incident, as it is known, spread throughout the game world much like a pandemic would in ours, and Blizzard programmers, the company that runs the MMO, struggled to contain the pandemic as players continued to spread the plague in order to combat its eradication while other players tried to quarantine themselves to avoid infection.

Researchers have studied the incident as a case study on what might actually happen today if a real pandemic disease were to spread and has become a somewhat famous example of how MMOs can serve as effective models for real-world scenarios.

The open-source code for Neural MMO is available on GitHub.