Researchers created a new machine learning algorithm that could fake your biometric data.

You know how you and your friends may jokingly debate about the emergence of Artificial Intelligence and how it may trigger a Terminator-style Skynet apocalypse?

Well, today might not be that day but at this rate, technology is getting dangerously close.

In a recent study, researchers have discovered that AI systems could soon be able to fool even some of the most tight-knit biometric security systems, with synthetic fingerprints. Someone call John Connor. 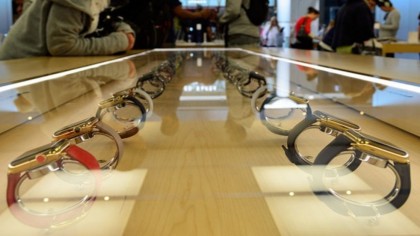 Apple Wants to Create Its Own Health Biometric Chip

These systems rely on specific data about unique biological to work, creating a positive identification of that user.

They are more common than you think and have worked their way into some of today’s most common technology. The integration of biometric systems has been utilized to protect you and your data.

There is a good chance either your phone or computer uses a biosystem, i.e. fingerprint scanner, to allow you to open the device.

However, it is good to mention that their other biometric systems used across the globe that use more than just a fingerprint as bio-data, including voice recognition, or facial scanning.

The Rise of the Machines

Some believed that biometric systems are a strong security measure, but research from New York University and Michigan State University.

According to Phillip Bontrager, lead author of the paper:

“Fingerprint-based authentication is still a strong way to protect a device or system, but at this point, most systems don’t verify whether a fingerprint or other biometric is coming from a real person or replica”

The fingerprints could be used to hack into a system and dismantle it easily if gotten into the wrong hands, taking over a secure computer,  a secure area, or simply just a phone.

Though most of it is still hypothetical it is interesting to see how AI could eventually replicate your biometric data.

What stops an AI from just copying your fingerprints? Technology is not too far off from having a system completely copying your voice or face.

What do you think? Leave your comments below.