With the growing reality of AI and bots entering the workforce, many are beginning to make predictions about when and how the dramatic changes will occur.

The period of research and development efforts (R&D) for robots and artificial intelligence (AI) has been in full swing for the past decade. With the number of forecasts from industry leaders predicting a dramatic shift in the labor market in the next 2 decades which they believe will be brought on by AI and robots, there is a list of jobs which the experts are saying would remain relatively unaffected—atleast for the time being. 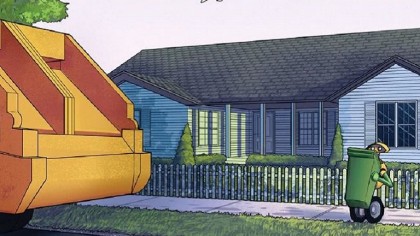 Garbage Men are Being Replaced with Robots

The assembly and manufacturing sectors have seen the biggest impact so far, as mechanized labor is being employed more and more as a time-saving and cost-efficient option. Martin Ford, the author of the influential book Rise of the Robots: Technology and the Threat of a Jobless Future (ironically, New York Times writer Barbara Ehrenreich notes in her book review that there could even be a possibility that these sorts of book reviews could be carried out by a bot), recently delivered his strongest statement about the future of work:

“One area that is safe for people is the kind of job that requires lots of dexterity, hand-eye coordination and flexibility. Think about skilled trade jobs like a plumber or electrician.” He went on to add that nursing—due to the high amounts of human caring and empathy involved—in addition to some unspecified creative jobs (no doubt jobs in the visual arts which require a unique aesthetic approach) would also be safe.

Amidst these growing concerns, it has been the job of politicians to quiet the public's fears about an AI take-over and encourage the public at large, instead, to take a realistic, fair, and balanced approach to these changes, staying informed about the latest developments in the area. Tom Watson, co-chair of the Future of Work Commission—an organization involved in answering questions related to “how the UK deals with the new technological revolution”—and Deputy of Britain’s Labour Party, gave a reassuring statement on the subject:

“Much has been written about the impact of technological change and the dystopian future we could all face as a result of the rise of the robots. It can sometimes feel like we are preparing for a world in which artificial intelligence, algorithms and automation, rather than human endeavour and hard work, will shape every aspect of our society and our economy. That sounds like a frightening prospect. But it needn't be.”

Google executive Ray Kurzweil, though optimistic about the new technology, warns about the difficulty of the full transition involved between human and mechanized labor:

Some experts claim we are about the enter a fourth industrial revolution. The question for everyone still remains when the transition will occur. Despite this question, the message coming from authors, corporate executives, and even our locally elected politicians is abundantly clear: this change is coming, whether we like it or not, so we must adopt a positive, and most importantly, proactive, strategy to ensure the transition benefits everyone.

Japanese Billionaire Launches to the ISS Aboard a Soyuz Rocket