AI Might Be Able to Learn at the Same Rate as Humans Within 30 Years, Says Jim Breyer

Multi-billionaire tech investor Jim Breyer says AI will have the same ability to learn as humans by 2050.

Experts suggest Artificial Intelligence (AI) may be able to learn at the same speed as humans in less than 30 years. Development in AI is being done across almost all industries and in both private and commercial sectors. Everyone has an opinion on AI and in recent weeks we have seen a spate of high-profile business people share their views on this emerging technology.

The latest in this line is CEO of Breyer Capital, Jim Breyer. Bryer spoke at the CNBC and Institutional Investors meeting earlier this month and shared his excitement about AI with the assembled audience.

He said in his speech, “When I visit campuses and speak to the AI experts, there is a median year of 2050 where they think the self-learning capability of AI will be singular and will be at human-level intelligence. So, 2050? Does it happen? There are a lot of people who don’t think that is the case. It is median data from some of the best AI researchers in the world.”

Tesla CEO, Elon Musk, isn’t quite so excited about the possibility of a world dominated by AI. He famously called AI ‘the biggest threat to civilization’. He has also rallied a team of high-profile people to call on the UN for tighter control around the development of AI weaponry.

Like Musk, Breyer has spent a huge amount of time and resources investing in AI. He says, “For the next decade or two, the good that comes out of proper, safe and interesting AI applications is enormous, and I am very excited about being part of investing in it.” 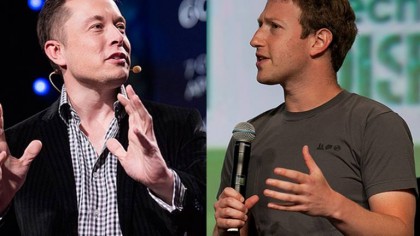 While many business and organization are working hard to develop AI for various applications exactly how it will be integrated into our daily lives is yet to be seen. One rapidly growing area is the development of Artificial Intelligence that aids humans in their daily lives. Prime examples of this are prosthetics that enable humans to not just replace a missing limb but actually enhance their abilities. Thomas Dietterich, the President of the Association for the Advancement of Artificial Intelligence says "I think combinations of human and artificial intelligence are fascinating and have potential to create combined systems that are smarter than either alone. We already see this in many applications of AI — I'm smarter when I have access to Google. Future systems may work via augmented reality or by giving us sensory abilities far beyond existing vision, hearing, and manipulation. For example, I hope that exoskeletons will allow me to walk when I am old and feeble. I hope that I can retain my sense of hearing and sight even as my eyes and ears fail."

While it may be some time before we turn into cyborgs there is no doubt that a future heavily connected to AI is very close.