Finding the perfect background and highlight shades for painting your home often lead to days, or even weeks, of indecisive color hunting. Maybe this is due to our vision's capability to identify millions of distinct hues that present a wide arena of color tones. So, when it comes to pinpointing various shades of color, this AI neural network was given the task of learning how to invent new paint colors for a more amusing spectrum of names. 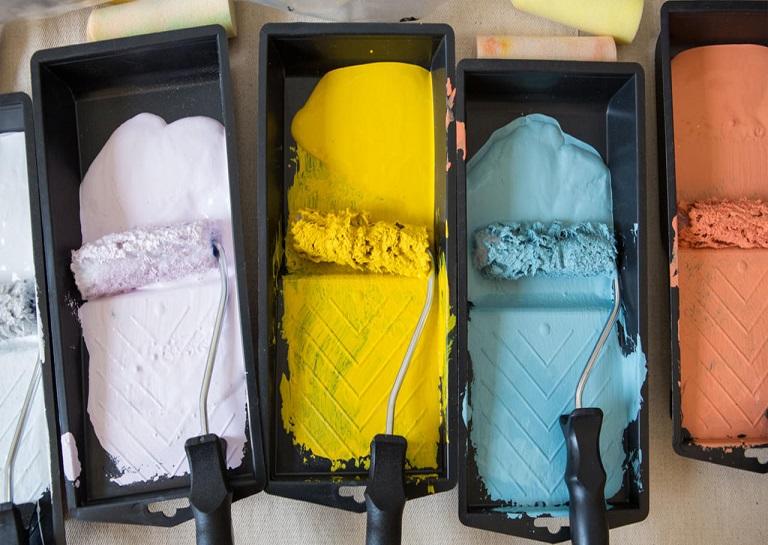 Having worked in the paint industry before, it is overwhelming to find out that there are more than a thousand shades in the standard ROYGBIV spectrum. Consumers often struggle to mix and match colors that click with their specific taste. But it is more of a struggle to the sales assistant to convince them that what they are getting is the correct shade of paint. Paints are two shades lighter before they are applied to a wall and only reveal their true color, which is two shades darker, once they have dried up. Currently, typical DIY color pallets are given pleasant and attractive names like the ones below.

But isn't that just a tad ordinary? Absolutely, if you compare it to the shade names this AI network have come up with. Janelle Shane, a research scientist from the University of California, San Diego, experimented on a neural network by giving it a list of around 7,700 Sherwin-Williams paint colors with their RGB (red, green, blue) values to see if the AI system will spurt out amusing color names. 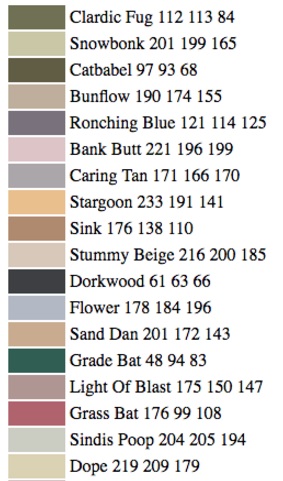 Neural networks are basically a computer modeled human brain capable of training using large datasets to provide solutions for problems like pattern recognition. To check if the neural network was making progress during a training session, Shane gave it a command to produce some output using only the lowest creativity setting. The AI network spat out these color names - slightly inarticulate at this level. 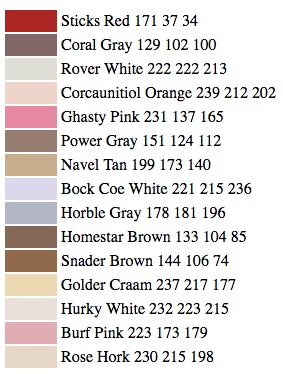 Instead of being frustrated with the incorrect spelling of color names, Shane was more appreciative of what her neural network was able to digitally stutter. She said, "It’s tempting to correct the spelling if it almost spells a word, but somehow that takes the fun out of it. This is as it comes out of the computer, I’m not changing a thing". The research scientist was able to draw up two conclusions from this amusing neural network experiment: the AI system is fond of brown, beige, and gray, and that it has "really bad ideas for paint names".

Why not give the neural network, called char-rnn, a try to see if you can generate funny ideas out of it.

Source: Postcards from the Frontiers of Science