AI Powered Drone Will Follow You Around and Take Selfies

This isn't just another autonomous drone that follows you around, the Hover camera drone can take 13 MP photos and 4K video, all with electronic stabilization and one of the best autonomous drone systems on the market. This new drone doesn't come from some tiny start-up either, in fact the founder, MQ Wang, has a PhD from Stanford, according to ZDnet. The idea was created when he had troubles setting up cameras to film himself, and figured there has to be a more intuitive way to automize the process. There have been other drones on the market that follow you around and take pictures, but nothing quite like the Hover Drone. Not only does it feature incredibly image and video quality, but it completely folds up, and has absolutely no exposed rotors. Check out all that it can do in the demo video below.

At and event likened to the CES of China, the drone won high acclaim and turned out to be the star of the show. Perhaps what sets this drone apart the most is its simplicity. You can notice in the image below the sleek box-like design of the drone, and there are some diverging technical features included as well. Instead of using mechanical stabilization to record videos with gimbals like most drones, they decided to circumvent this process with digital image stabilization. The team behind the Hover completely redesigned the image stabilization software specifically for this application.

The other big technical feature is how the drone follows you around, and tracks its position. Facial recognition software is used to identify the target being photographed and recorded. As the subject moves, the drone adjusts its flight to keep the subject right where he or she needs to be in the frame. A bottom mounted camera is also used to gauge the drone's speed and position during flight, allowing for real time data to influence how the drone flies. 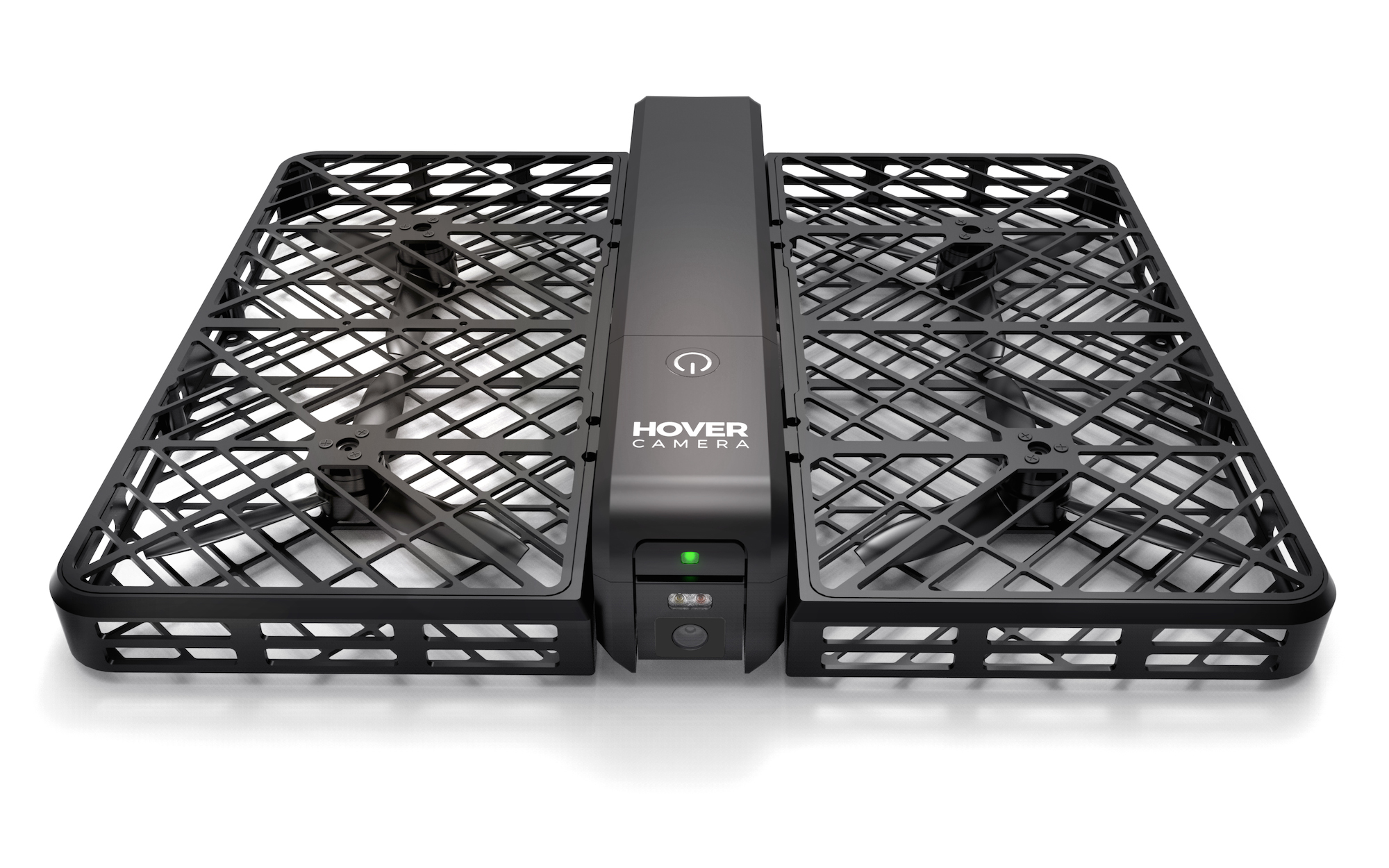 Other than the impressive technical specifications, this drone features an ergonomically designed protective blade casing, and it can fold in half for easy stowage. The design of the drone was optimized to keep air flow at a maximum while decreasing the opening sizes around the blades so nothing gets struck or caught inside. According to PopPhoto, the price tag will likely stay under US$600, and this matches the price point of other high-quality, recording AI drones. Since it was just unveiled, there's no word on when it will be available yet, but it is definitely going to be a big seller in the autonomous drone industry. 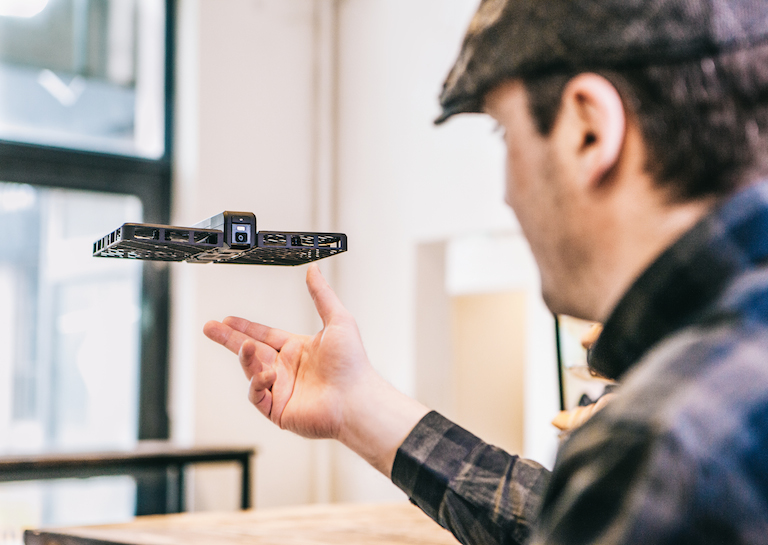 The only thing that is going to hold back the general public from purchasing drones like this is the high price, and perhaps a low battery life. Drones typically have batteries that sustain flight for minutes rather than hours, and the good ones usually cost a pretty penny. Both of these factors will likely be mitigated as technology advances, and soon the age of "selfie drones" will be upon us. It's hard to imagine a day where everyone has a personal drone videoing their entire life, and perhaps it will never happen, but let's be honest, it probably will. In the meantime, enjoy having to take your selfies with your hands, because actually moving a muscle to do anything productive is going to soon be a thing of the past.