Meet Shimon! This AI-powered robot just wrote and played its first piece of music with no help from humans.

Taught by Beethoven and the Beatles

Researchers have unveiled Shimon, a robot who can write and play musical compositions using AI and deep learning. Shimon uses its four arms, holding 8 ticks to play harmonies and chords on a marimba. The robot was taught to play by being fed almost 5000 songs. Its musical training ranged from Beethoven to Lady Gaga to the Beatles. The robot was also fed more than 2 million riffs and licks of music to add to its library of musical knowledge. Shimon was invented by researchers from the Georgia Institute of Technology who, apart from giving Shimon the starting point for the first four measures, were not involved in the composition or performance of the music. 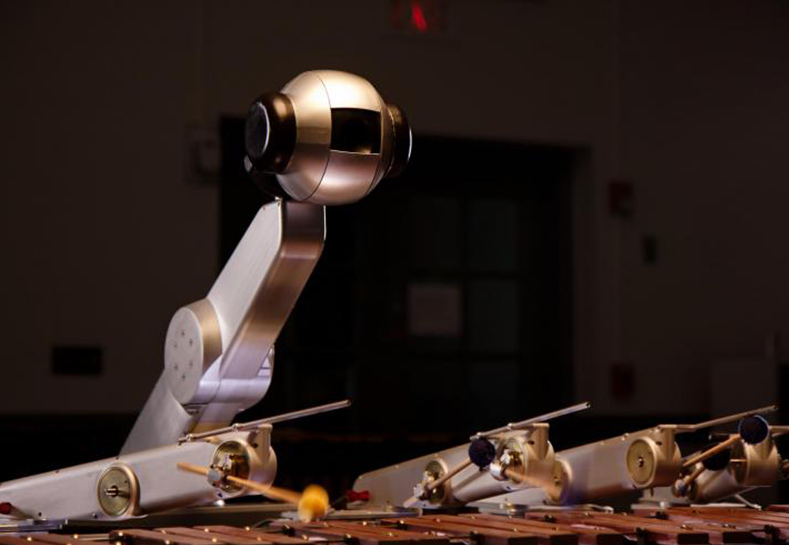 Mason Bretan, from the Georgia Institute of Technology, explained: "Once Shimon learns the four measures we provide, it creates its own sequence of concepts and composes its own piece. Shimon's compositions represent how music sounds and looks when a robot uses deep neural networks to learn everything it knows about music from millions of human-made segments.”

The robot can produce unique music on its own. It just needs to be fed a new seed each time. The researchers can’t predict what the robot will produce. In its first compositions, Bretan gave Shimon a melody of eighth notes. Later, he fed it a sixteenth note melody which provoked Shimon to generate higher paces, not sequences.

Shimon can keep improving and make musical leaps because it is using deep learning. The more it uses its knowledge the more complex and structured and coherent its compositions can become.

These advancements in AI and music aren’t only making robots rockstars, the same technology can also help humans. Drummer Jason Barnes lost the lower part of his arm several years ago and had been looking for ways to play drums again. Through a series of connections, he met Gil Weinberg, the lead researcher at Georgia Tech’s Center for Music Technology. Weinberg began to work on a replacement robot arm for Barnes and came up with a brilliant solution. 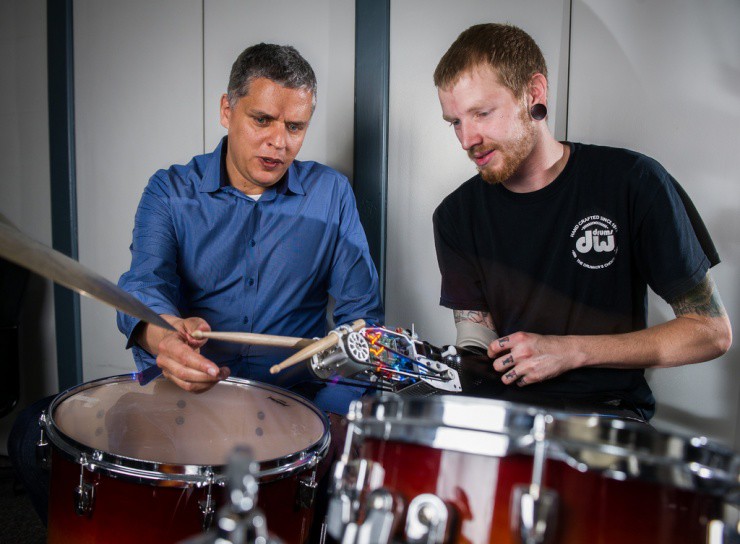 The final product is a forearm with two drumsticks that he can control with the muscle of his bicep and drum at an incredible 20 beats per second. Barnes performed with Shimon at Moogfest, music and technology festival in North Carolina. No matter which way you look at it, this was a historic concert. An AI bot and a real life cyborg performing together for a live audience! 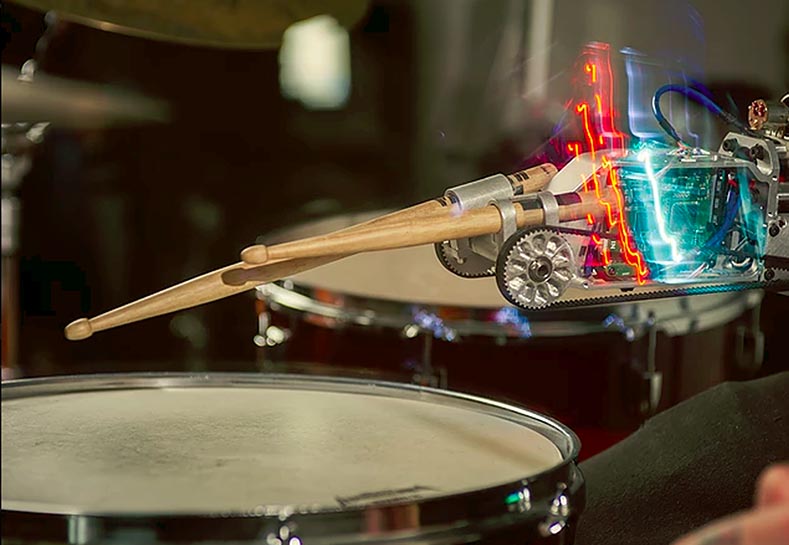 Shimon has played numerous concerts so far and is currently at the Aspen ideas Festival until July 1st.