A study conducted by legal AI platform LawGeex showed an AI was 10 percent more accurate than humans in spotting issues with legal contracts.

Legal AI platform LawGeex carried out a study in consultation with law professors from Stanford University, Duke University School of Law, and University of Southern California, with twenty experienced lawyers competing against an AI which was trained to evaluate legal contracts.

Competitors had to review five non-disclosure agreements (NDAs) in four hours and identify 30 legal issues, including arbitration, confidentiality of relationship, and indemnification.

The human lawyers also took longer to complete the task, with 92 minutes on average while AI took 26 seconds on average.

The AI also had 100 percent accuracy in one contract, on which the highest-scoring human lawyer scored only 97 percent.

The task was very similar to what many lawyers do every day, intellectual property attorney Grant Gulovsen, one of the lawyers who competed against the AI in the study, said.

"The majority of documents, whether it's wills, operating agreements for corporations, or things like NDAs...they're very similar," he said.

AI assists lawyers in their work

Even though this looks like AI can actually take over humanity in the long run, it is actually an indication that AI can actually help lawyers complete their work. Their time could become freer to focus on tasks that still require a human brain.

"Having the AI do a first review of an NDA, much like having a paralegal issue spot, would free up valuable time for lawyers to focus on client counseling and other higher-value work."

"Having the AI do a first review of an NDA, much like having a paralegal issue spot, would free up valuable time for lawyers to focus on client counseling and other higher-value work," said Erika Buell, clinical professor at Duke University School of Law.

The technology can never entirely replace a human lawyer. But it can assist them in their work by speeding them up through highlighting the most important sections of a story, industry experts say.

"I strongly believe that law students and junior lawyers need to understand these AI tools, and other technologies, that will help make them better lawyers and shape future legal practice," Buell said. "I would expect that the general public, to the extent they want their lawyers to work efficiently on their legal matters, will be excited about this new tool."

ANNs enable learning from each other

To be able to learn, AI systems rely on artificial neural networks (ANNs), which simulate the way the brain works. ANNs can be trained to recognize patterns in information, including speech, text data, or visual images. 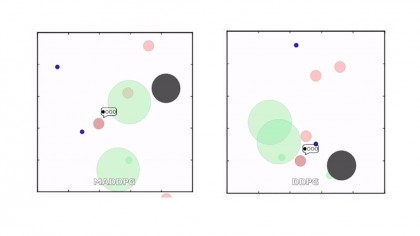 They have also formed the basis for a large number of developments in AI in the recent years. Classical AI uses the input to teach an algorithm about a particular subject by feeding it large amounts of information.

A new form of ANNs called Adversarial Neural Networks compete the minds of two AI bots against each other. This way they can learn from each other.

This approach aims to speed up the process of learning. It also refines the output created by AI systems.