AI vs. Lawyers: The Future of Artificial Intelligence and Law

There must be human-made objects that are able to do most of the things humans do; especially the things that require "intelligence."

"Can machines think?" Let's expand this question asked by Alan Turing in the 50s. The countless disaster scenarios, in which artificial intelligence (AI) takes over the world and destroys humanity, are already made-up and still being told in Hollywood.

The use of AI applications in this domain is so widespread that it is now possible to produce solutions for almost all professional groups. Medicine, education, automotive, defense, agriculture, automation, energy, natural sciences, finance, art, and law!

The Role of Deep Learning

Over the past 7 years, the sub-area of AI is deep learning. Deep learning is more successful than humans especially in processing visual data and analyzing images from the images, what objects or living things exist, relationships with each other, event estimation, object/person tracking, etc.

Deep learning includes AI models that generate the most successful results in the application areas of recent years, based on artificial neural networks and requiring a lot of processing power.

How do AI Systems Learn Language?

Models used for natural language processing are also within the scope of deep learning.

Using natural language processing models, we can parse millions of data files loaded into the computer by class. In this process, the system learns the relationship between words from all the documents and is able to predict that the word 'carrot' comes after the word 'rabbit' with higher probability than the word 'sun'.

AI can estimate this due to the fact that the words perform meaning analysis based on their statistical status in sentences. It is possible to summarize or classify a long paragraph, including time-space information from the single sentences.

More and more data is accumulating on the Internet every day. Thanks to the enormous data, we can realize artificial intelligence applications that are self-generating 'meaning networks'.

It not only informs us about the sociological, psychological, ethnic, sociocultural and economic levels of communities or people living in a region but also helps us predict where the developing hot agenda can be, just like in the U.S. presidential election.

Using the voice doctor application on our phone, we can try to determine what our discomfort is and to perform pre-interventions with very high accuracy. Babylon, which has more than 40,000 users in the UK, is an exemplary AI assistant physician practice.

What if AI tries to practice as a lawyer?

Imagine that a 'human lawyer' can handle all the cases in the world after AI's preliminary research.

For a human lawyer, it takes weeks to do research, but AI can do it in just a few seconds. Moreover, AI does not get tired, sleep, eat or drink coffee. In fact, the AI can produce more successful results than an average experienced lawyer.

What would you say to that? Will all the AI, machine learning from all these data eradicate the need for lawyers?

Leibniz: The First Lawyer to Predict the Use of Machines in Law

Leibniz, who is one of the grandfathers of AI, was a lawyer and said: ‘It is unworthy of excellent men to lose hours like slaves in the labor of calculation which could safely be relegated to anyone else if machines were used.'

In 1673, he presented the machine for four arithmetic operations in the UK. Leibniz says 'The only way to correct our reasoning is to make them as tangible as the mathematicians' so that we can find our error at a glance, and when there are disagreements between people, let's calculate and see who is right!'

So, let's think, why shouldn't it be possible for machines to complete all steps of the event chain which occurs in a lawyer's mind while they are deciding?

Why couldn't the machine do it? Why can it not calculate who is right in the dispute between people or how to find the middle way? Isn't that a 'robot mediator'? These questions belong to the 17th century! I would like to point out, and we are at the end of 2018!

AINOW's Contribution to Create the Future of Legal AI

‘Since men near monopoly of all higher forms of intelligence have been one of the most basic facts of human existence throughout the past history of this planet, such developments would clearly create a new economics, a new sociology, and a new history!' says J. Schwartz. 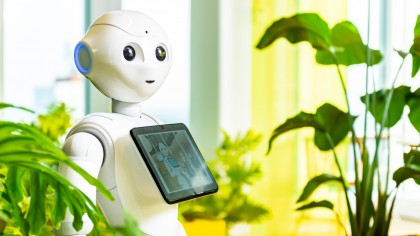 A Look at the Most Used Terminology Around Artificial Intelligence

In June 2018, AINOW—a research institute examining the social implications of AI—convened a workshop with the goal of bringing together legal, scientific, and technical advocates who focus on litigating algorithmic decision-making across various areas of the law (e.g., employment, public benefits, criminal justice).

They structured the day with the practical aim of discussing strategy and best practices while also exchanging ideas and experiences in litigation and other advocacy in this space.

The gathering included several of the lawyers who brought the cases alongside advocates, researchers, technical experts, social scientists, and other leading thinkers in the area of algorithmic accountability.

What is the accuracy rates of the AI Programs?

In 2017, in an experiment involving more than 100 lawyers in London, hundreds of actual applications to the Finance Ombudsman for a specific credit card irregularity were examined.

While the accuracy of human prediction was 66.3%, an AI program trained to predict whether or not to accept files achieved 86.6% accuracy.

Evisort to reduce the time cost of the Judicial System

With their powerful new search engine called Evisort that harnesses cloud storage and AI, they hope to revolutionize the costly and labor-intensive way that lawyers currently handle contracts and other transactional work, liberating them for more creative and interesting tasks.

When they say, "In six seconds they can review a 30-page contract and pull out information for you", lawyers say, "Why did I spend 10 years of my life doing that?" That reaction is what gets them excited to keep going.

The way to reduce costs without sacrificing performance and accuracy is through the use of deep learning and machine learning models in natural language processing for law correspondence.

Performance Comparison of the AI Lawyers and the Human Lawyers

Another current study was from LawGeex, which was founded in 2014. They compared the performance of 20 experienced United Nations lawyers to their AI systems and published a 40-page report.

In addition, the average time required for 'human lawyers' for this process is 92 minutes, while the time needed by AI is 26 seconds. AI can continue this process for a long time without rest!

The most important part of the success of these studies is that the data is regularly found in digital media. Harvard Law School recently shared the 360-year-old case law of the United States of America according to each of the states with AI developers on the online platform.

This is an important resource for speeding up the work. But the biggest obstacles for natural language processing are language-specific rules and the need for such resources in all languages. The developments in English are quite bright because most of the data is regularly available in this language.

As I mentioned at the beginning, these AI applications which are developed by using data make similar inferences by looking at the millions of cases in the past while giving a higher performance compared to the success of a group of human lawyers.

In all these AI examples, human lawyers regained their lost time. Artificial intelligence enables the human lawyer to work speed and more data. These AI systems show us cooperation of human and AI is important. That defined human-in-loop. It aims at providing lawyers more consultancy and getting rid of fatigue duty.

For many applications of AI, the human-centered approach supports the idea of human-AI collaboration instead of AI competing against a human.

But what about the subjective observations and prejudices that are stored in the data used by these machines? If the motives for data transfer are not healthy, would it not make the decisions wrong? Is it possible for AI to collect parser, connective, formative, regenerator and operator which are included by ‘human lawyer'?

Systems could adopt the prejudices of the case documents so far, such as those that were decided according to racist approaches in the past. So AI systems in their current status are not prone to the social conflicts that their context of creation contains within.

How do we provide serious judgment, attention, insightful behavior, assessment, and judicial data to create a healthy judgment? Perhaps the machine actually needs to be exposed with the past data or to be manipulated by their human collaborators to overcome these issues.

Is manipulation meant to interfere with the evolution of the machine and is it wrong? We're coming to a point where AI ethics is on the agenda!

Will the attorney receive support from the AI machine while taking care of his job? Will AI software have their own rights? Can AI machines participate in civil law or criminal law transactions?

When we give the same case to the machines where the same programs are installed and when we want each machine to solve the same problem more than once, will there be nuance differences between these solutions? Should it be? According to time and space, how should we differentiate each case?

Well, is 'human' considered to be 'robotized' in professional execution today? Maybe we cannot remove prejudices from human beings, but we need to keep people away from AI to prevent prejudice. These are the issues that need to be discussed for a while.

The Conversation
1 month ago
Advertisement

Merve Ayyüce Kızrak; In 2009, she completed her undergraduate degree in Haliç University, Electronics, and Communication Engineering Department. In 2011, she completed her postgraduate education in the Electronics and Communication Engineering program of the Haliç University, Institute of Science and Technology, and at the ITU Informatics Institute.

She is currently a Ph.D. candidate at Yıldız Technical University, Institute of Science, Electronics, and Communication Engineering Program. Co-founder of the Deep Learning Turkey community that aims to accelerate its artificial intelligence to work in Turkey.