There are many buildings around the world which we perceive as impressive because they're built on places considered to be impossible for building, such as high mountains and large lakes. 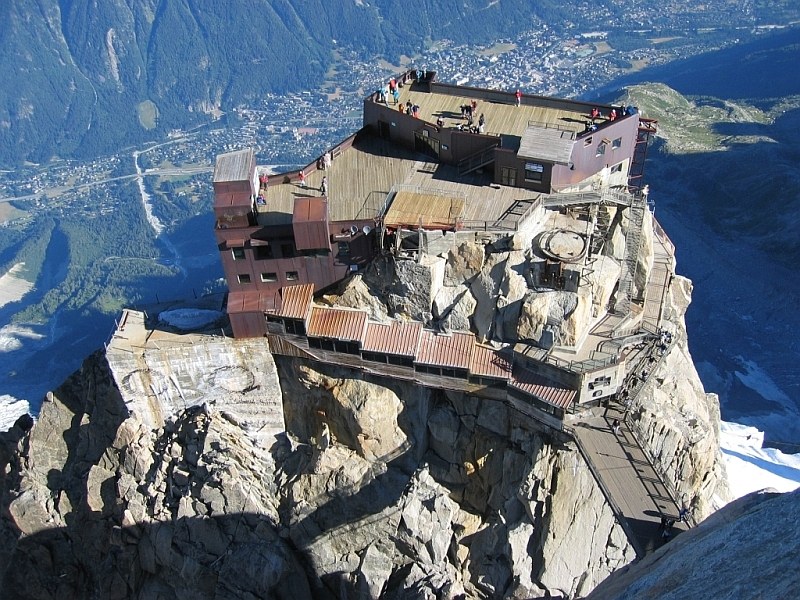 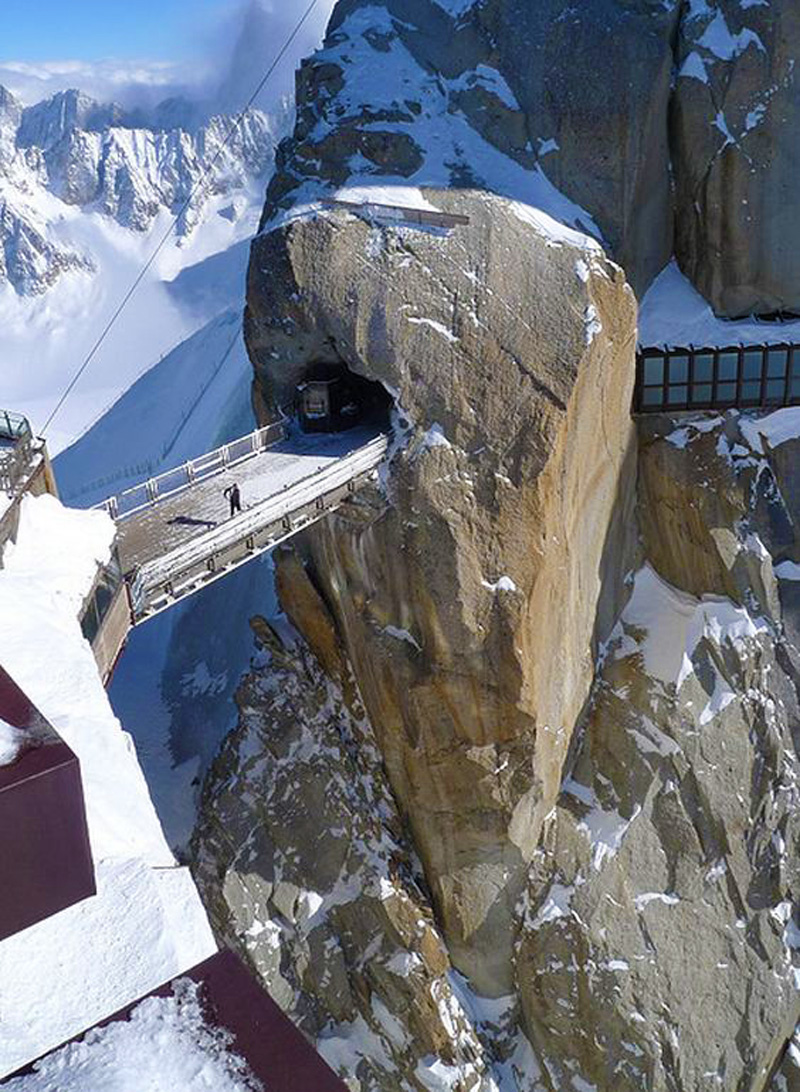 If a traveler decide to see the peak he will have to start from Chamonix and move to Plan de l'Aiguille du Midi(2317m). The second level of the trip is elevating from Plan de l'Aiguille to the second station at 3777m. The final meters to the top are passed via elevator.

One of the most impressive things in such travel would be Téléphérique de l'Aiguille du Midi, a cable car created in 1955 with the purpose to transfer travelers from Chamonix to the peak. For over 20 years after its building it was the highest cable car in the world, now it holds the title for the world's highest vertical ascending car.

However, you could always decide to climb the peak in the old fashion way – with ropes, hooks and your own muscles.