The contamination of our atmosphere has been associated with everything from worsening diabetes rates to a devastating rise in global deaths. Now, it is coming for our minds!

China is by far one of the most air-polluted countries on Earth. The ever-increasing detrimental effects of this environmental problem have even led to local outbursts by citizens.

Now, a study from the nation has revealed a new worrying air pollution after-effect that is bound to fan the flames of already tense local discord. Polluted air, it seems, is reducing people's cognitive abilities, in essence, dumbing them down.

The effect, according to the research, is most detrimental to people as they become older, "especially for less educated men." "The damage on the aging brain by air pollution likely imposes substantial health and economic costs, considering that cognitive functioning is critical for the elderly for both running daily errands and making high-stake decisions," warns the report.

The effects are mostly felt in cognitive performances related to tasks requiring verbal and math capabilities. This isn't the first study to make an inverse correlation between levels of intelligence and pollution.

Previous research has indicated an inverse link between a mother's exposure to pollutants and a child's intelligence at age five. Other work has shown that increased levels of carbon dioxide on an airplane's deck reduces pilots' abilities to perform as effectively as usual.

On a positive note, the opposite effect has also been observed. Green office environments have been found to stimulate productivity and increased cognitive functioning while living in green neighborhoods has been shown to slow the cognitive decline of old age.

Proximity to green spaces has also been reported to increase children's attention span and even improve sleep. It seems that, despite our constant technological advancements, our reliance on nature is inherent in our composition.

It may be time we came to terms with the fact that by destroying our natural environment we are not only denying ourselves its many positive contributions, we are engendering potentially catastrophic outcomes. Indeed, a decline in cognitive abilities is likely the least worrying of pollution's recorded after-effects.

This environmental contamination is responsible for countless health damages ranging from diabetes all the way to death. And although actions are being taken to curb our current environmental degradation, many experts believe we may already be too late. 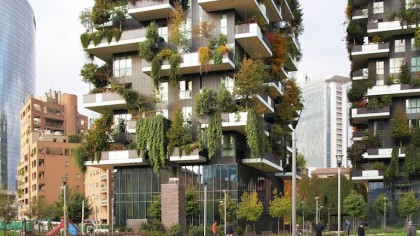 As a result, scientists have been proposing countless geoengineering solutions to our environmental woes. However, each come with their own set of drawbacks and concerns.

Luckily, we are not completely helpless in this battle to save our beloved planet. There are many things that we as individuals can do to contribute to protecting the Earth that sustains us.

Environmental organizations offer many tips and simple choices that if undertaken collectively can have a massive global impact. One of our favorites is this straightforward guide by the National Ocean Service. Will you read and do your share?

The study was published this week in the Proceedings of the National Academy of Sciences journal.