Air Umbrella: may the force be with you when it rains

An umbrella is a great thing to have when it is raining as of course it helps to keep you dry. However, when it stops raining you have a soggy wet umbrella that you have to carry around with you. This could be a thing of the past though thanks to the Air Umbrella. This is a product that has been developed in China and it doesn’t use fabric to keep you dry, but forced air. 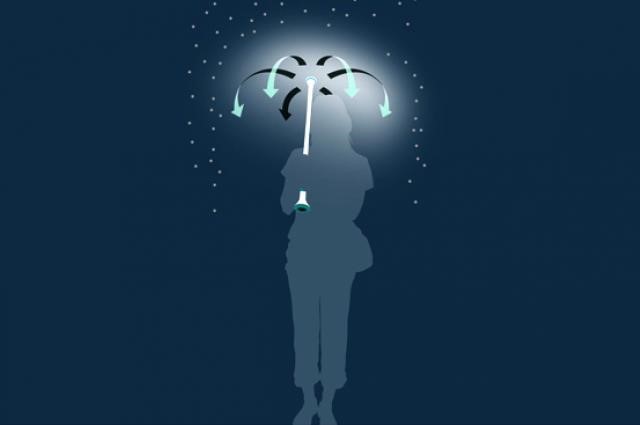 The forced air creates a canopy over you in much the same way that a traditional fabric umbrella does, which keeps the rain from falling on you. When the rain has stopped or you have arrived where you are going, you can simply put the device in the bag as it is dry.

The Air Umbrella takes on the appearance of a rather big flashlight. It consists of a motor and fan that forces air up, thereby creating a shield. In the shaft of the umbrella is a rechargeable battery and the base has a button that turns the Air Umbrella on or off. The size of the canopy can be changed. This can be anything up to over one meter in diameter so it is enough to keep two people dry.

The people behind this simple but neat device have tested it in heavy rainfall and according to them, it performs well. The downside is that having a motor, the Air Umbrella does make a noise but the sound of the rain can drown this out. The air that is pushed by the Air Umbrella pushed droplets of water up to 70 centimetres away. If the rain happens to be coming at a diagonal you simply change the way you hold the Air Umbrella. 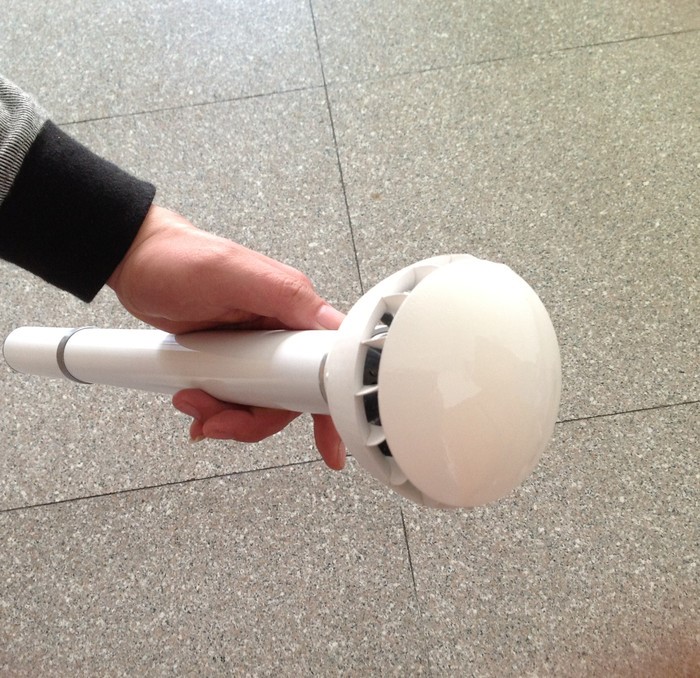 Anyone wanting to get hold of the Air Umbrella can back the campaign on Kickstarter. At the moment it has gone over the goal of $10,000 as it reached $35,000. The cheapest Air Umbrella comes in with a price tag of $118 but they are selling fast. Three models will be developed, one of 30cm running for 15 minutes on a charge, one of 50cm running for 30 minutes per charge and the 80cm version also running 30 minutes per charge.

Battery life is short at the moment but the company behind the Air Umbrella are working on extending this along with the design over the next 10 months. Production will begin in September 2015.