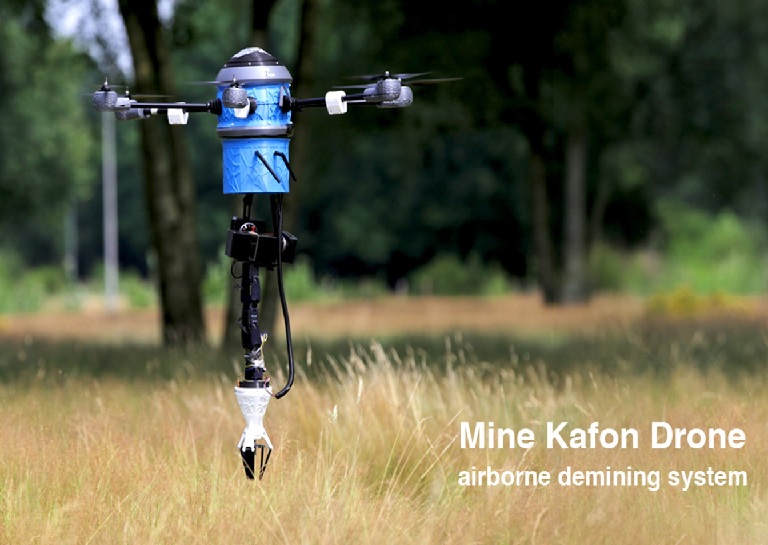 A new startup company is developing airborne de-mining drones with the initiative to clear all the world's mines within the next 10 years.

Wars have plagued the world with undetonated mines. Every year landmines claim the lives of 15,000 to 20,000 with the majority being children, women and the elderly, with countless more being maimed. To this day, 78 countries are riddled with landmines. While many fields are closed off, millions are located at unknown positions. While armies are supposed to geographically locate all mines, this rule has been largely broken as planes dropped mines by the thousands across many nations around the globe. The thousands of deaths lead to the initiative to clear the world's landmine with the help of the Mine Kafon Drone.

The drones work in unison with three models taking on three separate roles.

The first of which flies over a suspected hazardous area, mapping a 3D area using a zigzag pattern.

A secondary drone hovers over the ground at just 4 cm as it traces over the area using a robotic metal detecting arm to detect mines. Each area of suspicion is geotagged, adding additional points to the primary map.

When a mine is discovered, a third and final drone equipped with a robotic gripping arm carries over a small detonator where it is detonated from a safe distance to set off the mine.

Current demining methods rely on animals, human deminers, and vehicles, all of which pose severe risks to the safety of themselves, as well are incredibly expensive to maintain. 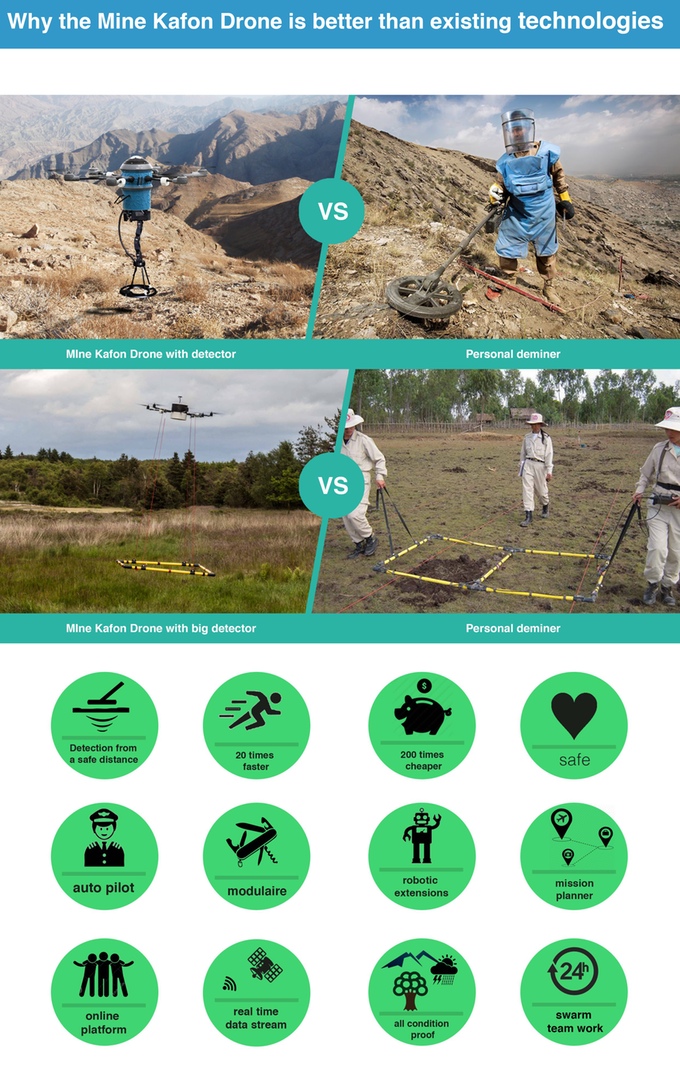 The demining drone will not only save the lives of animals, operators, and countless civilians, but it will also be 200 times cheaper with the ability to clear mines 20 times faster.

Unexploded landmines continue to plague the planet. Every day tens of people die from stepping on landmines. However, the new system could help save thousands of lives a year, with the real potential of clearing the world of mines and explosives in less than 10 years.