Airbus pull off amazing stunt with $1.5 billion worth of airplanes

Airbus have used five of its brand-new $300 million A350 XWB planes in an unbelievable stunt. We've seen impressive formation flying with jet fighters but never with 64.8-meter wingspan beasts like this. The low visibility and low margin for error with so much at risk meant that careful planning and perfect execution was required throughout. 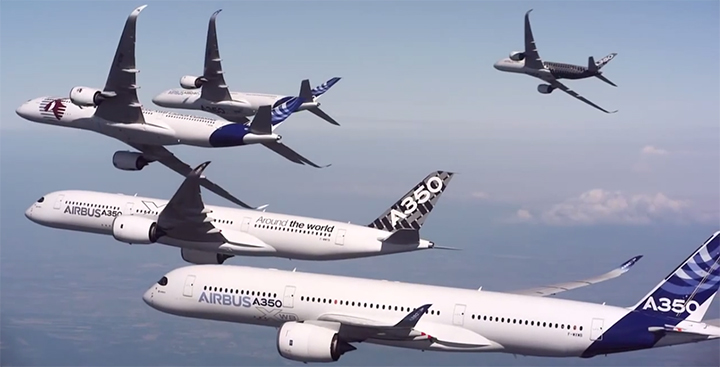 Thankfully, the ex-military aviators pulled the stunt off according to plans and the end result looks simply insane. They pulled off three formations; Diamond, Echelon and Arrow.

With two chase planes, five hero planes, and the stakes as high as ever, watch how Airbus plans and pulls off this truly epic feat of filming and aviation (the action starts at 3:35)