This concept car is zero-emission and fully electric. It adapts to whatever an owner would need - both ground and airborne transport.

"You're in your capsule, you don't have to go in and out, it's integrated, it's seamless, it will be the most pleasant way of getting around town, getting to the airport. I think it will be irresistibly nice," Airbus's Mathias Thomsen said to the Associated Press. 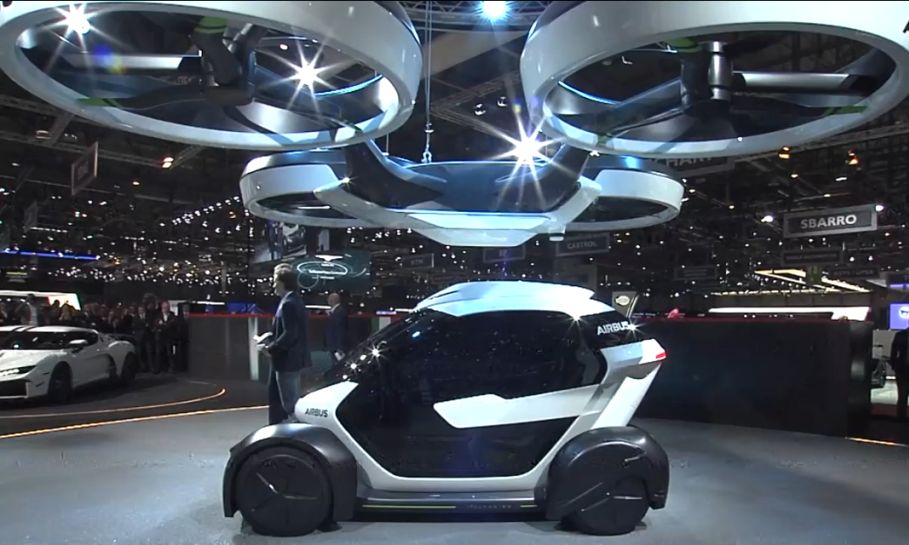 Airbus emphasized that it's about choice and working with preexisting systems rather than redefining an entire industry. Pop.Ups would maximize efficiency and fit the practical needs of its users, the company said.

Not only does it maneuver people upward and onward, Pop.Up is interactive. Users can pick a destination, check their social media accounts and discover points of interest along their route via a touch screen. Connectivity also means those users can plan everything via an app on their smartphone or tablet. Thomsen explained:

"We have wearable technology which identifies you when you get in... You have a big display that tells you what's going on, you get access to your own content, you can enjoy your space and take back time while you travel."

The largest problem in promoting Airbus's new form of travel is government regulations and red tape in most countries. The U.S.'s Federal Aviation Administration balks at anything remotely resembling a drone. The Pop.Up's quadcopter style might not go over well. However, Airbus remains optimistic that countries will make appropriate changes to embrace this revolutionary form of travel:

"It's not so much the infrastructure, but it needs to be there and city planning, urban planning, it takes a bit of time," Thomsen said. "So we actually see a good timeline for the technology maturation and the regulatory environments to work together within the next five to ten years."

Watch the promotional video from Airbus Group below:

The Geneva Motor Show kicked off yesterday for the public and will run until March 19. Airbus set an impressive precedent, and we're excited to see what else other automakers can put on display.

SEE ALSO: Airbus Wants to Test its Flying Car by End of 2017