Airbus said today that they intend to challenge the 200-plane deal for 737 MAX aircraft that Boeing made with International Airlines Group, saying that Airbus was never givent he chance to bid on the order.

Airbus said today that they intend to challenge the surprise deal that Boeing and International Airlines Group announced this week at the Paris Air Show for 200 737 MAX aircraft, including 737 MAX 8s, because the deal was made in complete secrecy, preventing Airbus from bidding to keep a loyal Airbus customer flying their competing A320 aircraft.

Airbus to Fight Boeing's 737 MAX Deal With A320 Bid, Ending Truce Between Rivals

Airbus announced that it isn't going to take the $24 billion deal that arch-rival Boeing made with International Airlines Group (IAG) for 200 737 MAX aircraft as settled, according to a report by Yahoo News and Reuters, intending to fight Boeing to keep an exclusive Airbus customer flying their competing A320 aircraft instead.

RELATED: BOEING RECEIVES FIRST ORDER FOR 737 MAX 8 SINCE ITS GROUNDING

“We are taking the position that we would like to bid for this business,” said Christian Scherer, chief commercial officer of Airbus,  at the company's final press conference of the Paris Auto Show. “IAG is a very good customer. Every one of these airlines are A320 operators. Our intent is to bid.”

The announcement of the Boeing-IAG deal came at a particularly fraught time for Boeing as it continues to work with regulators at the US Federal Aviation Administration to get its best-selling 737 MAX 8 aircraft back in the air. The plane was grounded back in March, following the crash of Ethiopian Airlines flight 302, the second crash of a 737 MAX 8 in less than six months. Preliminary findings from the investigations into both accidents revealed that the aircraft's automatic anti-stall function might have played a key role in both crashes, which together killed 346 people.

Boeing has faced several setbacks in its attempt to get the 737 MAX 8 certified to fly again; setbacks that are of Boeing's own making, many would be quick to point out, though Airbus hasn't been among these vocal critics. On the matter of the 737 MAX 8, Airbus has been largely silent. This is understandable since Airbus most likely doesn't want to capitalize on Boeing's crisis, at least not publicly; making money off the crashes of a rival's aircraft is still making money off the deaths of 346 people.

The announcement this week appears to put an end to whatever competitive restraint Airbus may have shown its rival, however, coming as it did only a day after Airbus announced its major 100-plane deal with Air Leasing Corp. The two airlines are locked into a tight duopoly over the commercial aircraft market and face no other real competition other than each other for the vast majority of its business.

This creates a zero-sum situation where Boeing's gain can be seen as a direct loss for Airbus and vice versa. Airbus simply can't afford to let an order go of this size without a fight.

The Fight Over the Narrow-Body Market Intensifies

And since airlines are the ones who employ the pilots and pay for pilot training on new aircraft, the differences between Boeing and Airbus aircraft are significant enough that airlines typically use either one or the other for all its aircraft in a given class. This exclusivity saves money on training and allows for flexibility in assigning pilots, something that Boeing tried to leverage as a selling point on the 737 MAX 8.

Such is the case for IAG, whose airlines exclusively fly Airbus aircraft for its narrow-body planes; a class to which both Boeing's 737 MAX and Airbus' A320 belong.

The deal also appears to have been telegraphed in advance by IAG CEO Willie Walsh during an interview with Aero Telegraph, published earlier this month.

"Given the scale of our operations, I see no reason why we should confine ourselves to Airbus," Walsh said while discussing Boeing's 737 MAX aircraft. "There seems to be an impression that we will always be a pure Airbus operator. But that is not healthy. There has to be competition between aircraft manufacturers."

So, not only did Boeing announce an order at this week's Paris Air Show that was more than double Airbus' major order announcement the day before in terms of dollar value--which must have stuck in more than a few craws over at Airbus--Boeing did so by getting an Airbus-exclusive customer to switch to a Boeing aircraft instead.

And if that weren't bad enough, the deal involves an unspecified number of 737 MAX 8s: a narrow-body jet born out of the hasty-redesign of less fuel-efficient 737s in an effort to compete with Airbus' newly introduced A320neo.

These very redesigns were the critical inciting decision that began the process that produced the MCAS anti-stall function in the 737 MAX 8, which is believed to be responsible for precipitating two deadly crashes that claimed the lives of nearly 350 people. 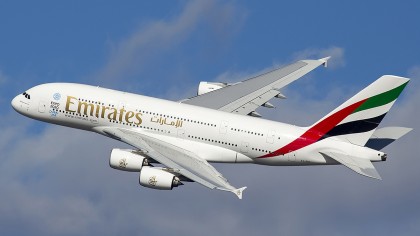 Airbus' lost an otherwise loyal A320 customer for an airplane that can't even legally take-off and which was blasted--along with Boeing--during US Congressional hearings this week by none other than Chelsey "Sully" Sullenberger, of "Miracle on the Hudson" fame, who said: "We should design aircraft for [pilots] to fly that do not have inadvertent traps set for them."

That is what Airbus lost out to, and if Airbus is telling the truth, it wasn't even given a chance to compete for the order. It's like waking up one day and finding out that your partner left you for some well-documented ne'er-do-well by reading their wedding announcement in the morning newspaper.

Airbus initially seemed to take the news of the Boeing-IAG deal in stride. CNN reported Airbus CEO Guillaume Faury saying after Boeing and IAG announced the deal: "I don't think it's a blow. We are very successful with our own single-aisle at the moment. We have a lot of orders and we see the future very [positively]."

Faury is taking a very different view of things now that the shock appears to have worn off.

“We’d be very happy to compete when it comes to a tender for this large number of planes,” he said of Airbus' plan to bid for the order. “We are quite sure we will have an opportunity to apply. And make sure that in the end the best solution prevails for IAG, which is an important customer.”