Numerous companies have tried their hand at the idea of a 'flying car'. Over the years, our news feeds have seen prototype after prototype with no success. False promises have left us wondering the concept of a highway in the sky is if at all possible.

Various companies have attempted to produce an airborne passenger vehicle that can replace road vehicles. Some designs look as if a Cessna wing has been strapped to a Ford Escort. Others appear to be a fusion between a Star Wars Podracer and Blade Runner's Spinner.

With all the buzz about drones, it's only a matter of time before they start transporting people. Over the years, companies have tried to convert the automobile into a flying one, instead of just converting a quadcopter into a people carrier.

Airbus, one of the world's largest aerospace companies, may be doing just that. Their new division called Urban Air Mobility intends to test flying a prototype of their new design by the end of 2017.

Aimed for production in 2021, the passenger vehicles will incorporate vertical take-off and landing much like a quadcopter. 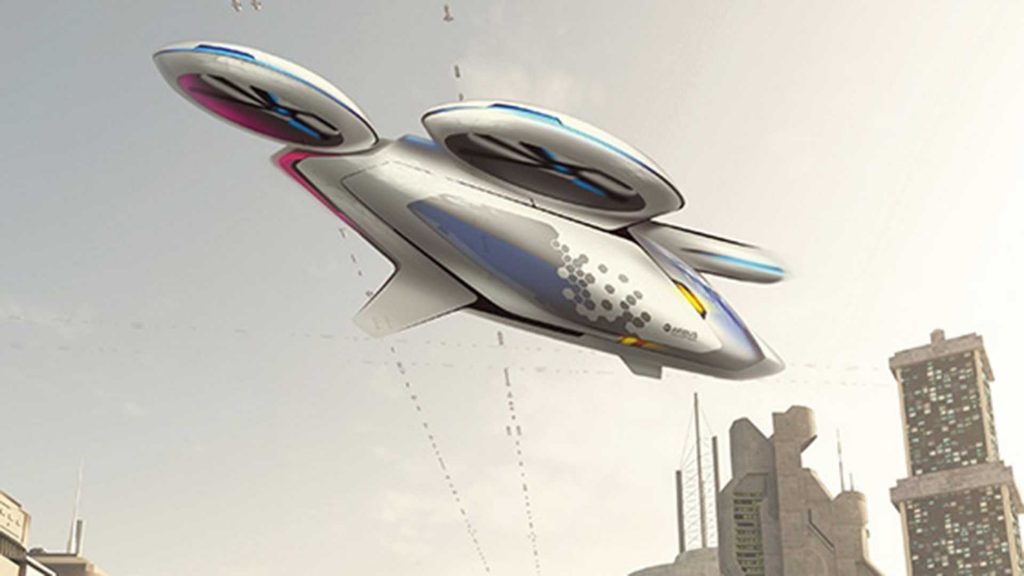 Tom Enders, CEO of Airbus, announced the news on Monday at the DLD digital tech conference in Munich.

"One hundred years ago, urban transport went underground. Now we have the technological wherewithal to go above ground," said Enders. "We are in an experimentation phase. We take this development very seriously," he added. "If we ignore these developments, we will be pushed out of important segments of the business."

"We've got these electric drones flying around everywhere," he said. "[Electric planes are] just a scaled up version really. I think that's going to get really interesting – it could be the beginning of personalized transportation."

With the backing of a well-established master of the industry like Airbus, this prototype may be able to redeem all those failed attempts at making a flying car. The only concern now is how are they going to implement speed cameras at 500 feet high?