Airless tires have taken a huge step towards coming closer to production thanks to the Hankook iFlex tire having gone through many high speed tests. This is the companies fifth attempt at bringing tires without air to the market and with it comes numerous benefits to the environment in comparison to using the conventional tires.

The non-pneumatic tires of course don’t rely on air. Hankook have got around using the conventional construction of tires with one that is more energy efficient and which can be recycled. The material Hankook uses allows them to cut down the steps needed to manufacture by around half. 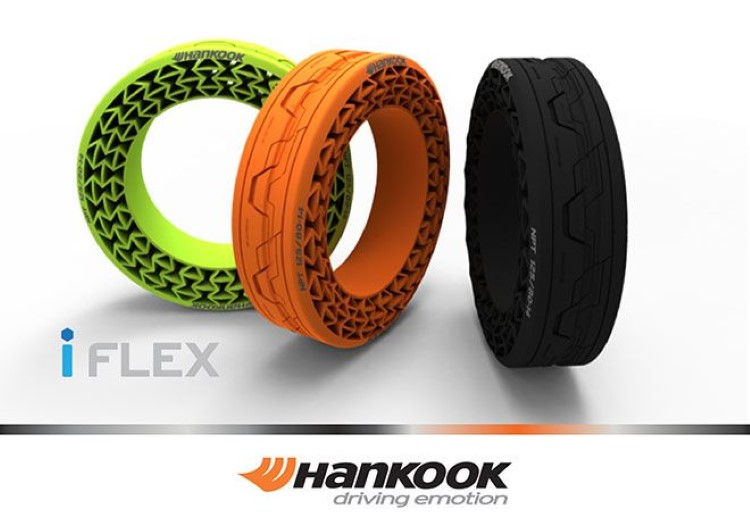 Recently the iFlex was given tests in five various categories, including speed, stability, durability, hardness and slalom. Hankook used an electric car in the tests and they managed to get 130 km/h from it without doing the tires any damage. The iFlex tire was able to match the performance of any conventional tire during all the tests. However the company hasn’t revealed any more details about the tests.

Hankook may be enjoying success with their airless tire but they are not the only ones testing out the new design to the tires as Michelin have opened a plant which they have dedicated to producing Tweel tires and Bridgestone have been testing out their puncture proof tires which can be recycled on single person vehicles in Japan.

For now the airless tire is still in the testing phase but there is no doubt that the airless tires do offer a great deal of potential for the future. There are many benefits of the airless tires, including the fact that they do no pick up punctures as traditional tires do. Another thing in their favour is that depending on the materials chosen to use for the tires, they may be able to cut down emissions when it comes to production and the recycling of old tires.