Airport Runway that goes Over-top of a Highway

You can drive underneath an active runway at the Leipzig/Halle Airport located in Germany.

The airport caters to 2.3 million passengers and oversees cargo volumes in excess of 990,000 tons per year. It also serves the two largest cities in the country that are ever expanding, and so demand a bigger airport. As part of their goal to protect and maintain the environment and the natural resources, for now, and many generations to come, the environment became a major consideration during the Leipzig/Halle Airport extension. Part of the construction included an overpass for airplanes that passed directly over a major highway! 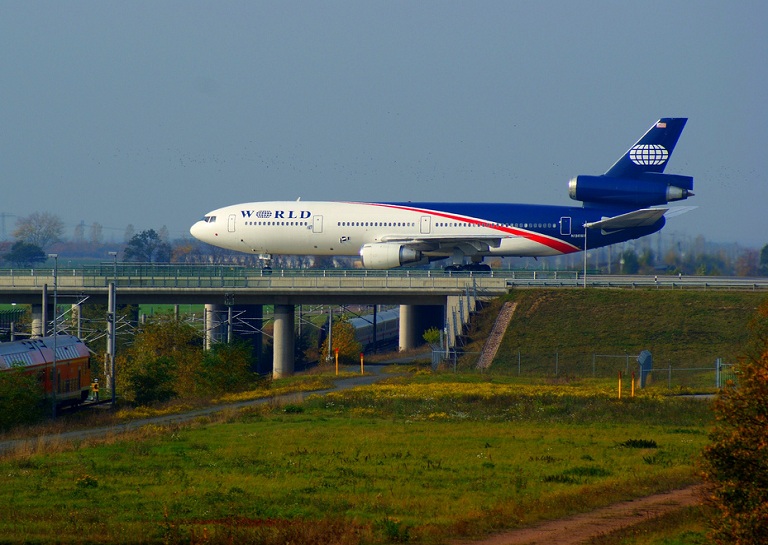 The tight space constraints as well as their initiative to reduce their impact on the environment led to the decision to construct a runway that passes overhead of a motorway below. Three bridges were constructed over-top of the motorway A14 and rail traffic to make sure the traffic flow of cars and trains remained unobstructed without the need to redesign the layout of the roads and airport. The bridges or so-called Taxiways provide aircraft room to maneuver into position at the time of takeoff and landing while still allowing passage underneath. The Taxiways extend the parallel runways the 3.6 km required for planes to safely takeoff and land, as well as maneuver into position.

The airport makes use of some inventive techniques to cater to the ever expanding population in Germany, as well as limit the environmental damage by limiting the total space required by simply building over-top of other infrastructure. Perhaps Germany is on to a new generation of space-constrained airports that could one day see intersecting runways that pass over one another (although this would require some incredible piloting or a really tall structure). No matter what, the airport marks an incredible engineering feat with some clever space and environmental saving feats. 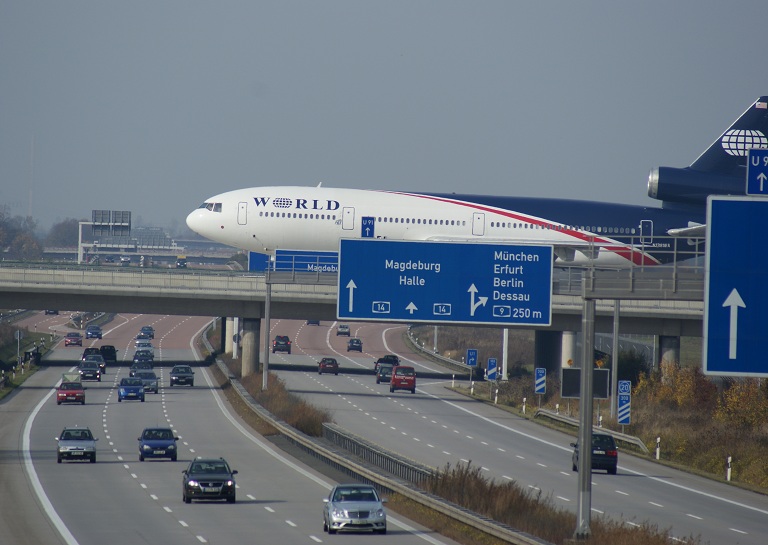 Here's Where All Our Freshwater Goes