Amazon Echo speakers, powered by Alexa voice-activated assistant, have been reported to be suddenly laughing. Amazon is working to fix the problem users have described as “spooky”.

Customers have been reporting on Twitter and Reddit that their Amazon Echo devices have suddenly been starting to laugh and the company has been trying to stop this from happening.

I live alone and have lights controlled by Amazon Echo. Tonight, while sleeping, i closed my eyes and said “Alexa, lamp off.”
I heard a woman laugh, and lights were still on.

Now, I know that stupid device heard “laugh” instead of “lamp off”, but I can’t sleep anymore..... #fml

The online retail giant has become aware that the Alexa voice-activated Echo Internet-connected speakers have been having a laughing problem after the posts on Twitter and Reddit.

The Echo speakers are usually activated by saying the word “Alexa”. This makes the device listen and respond to commands like changing the volume. However, the laughing coming from the device is causing some customers to feel nervous and confused.

Amanda and I were sitting in my room just talking and whatnot and my Amazon Alexa started laughing... I’m scared

Customers have said it is spooky, like in a horror movie. There are other devices such as HP Inc. personal computers and certain modems that work with Alexa, but the problem appears to be limited to the Amazon Echo and the smaller Echo Dot.

Lying in bed about to fall asleep when Alexa on my Amazon Echo Dot lets out a very loud and creepy laugh... there’s a good chance I get murdered tonight.

A Reddit user has described problems with the Amazon Echo Dot about two weeks ago, saying “We just added the echo dots two months ago. The dot we have in the master bath has twice now randomly played a track of a woman laughing at about 10 p.m. the first time I thought the fire tv was sending audio through it since I had been trying to sync them up to the tv, but tonight was completely random. No indication on the app that the device heard any command. We had the dot laugh several times and it wasn’t the laugh Alexa produces, but definitely sounded like a canned laugh, not like someone laughing live.”

Amazon is trying to fix the problem

Amazon has said the company is currently “working to fix the problem.” responding to requests for comment. The company has also later added that it understood what the issue was and had a solution for it.

"In rare circumstances, Alexa can mistakenly hear the phrase 'Alexa, laugh,'" Nate Michel, a spokesman for Amazon, wrote in an email. "We are changing that phrase to be 'Alexa, can you laugh?' which is less likely to have false positives, and we are disabling the short utterance 'Alexa, laugh.' We are also changing Alexa’s response from simply laughter to 'Sure, I can laugh' followed by laughter."

Every time Alexa laughs, an angel dies, so thank goodness …

Amazon has first introduced Alexa together with the Amazon Echo in November 2014. 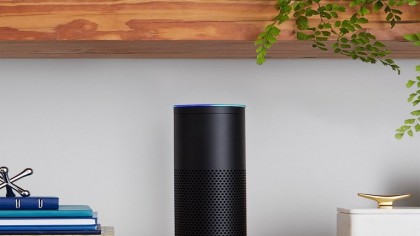 The company said the assistant was apparently inspired by the computer onboard the Starship Enterprise of “Star Trek.” Users can set alarms, ask for the weather forecast, play music and also a series of other tasks by communicating with Alexa.

There are other virtual personal assistants such as Apple’s Siri, released on the iPhone 4s in 2011, Microsoft Cortana, which hit the market in 2014, and Google Assistant launched Google’s instant messaging app Allo in 2016.