Amazon has unveiled a microwave that can be activated by the Alexa home assistant device. The AmazonBasics Microwave is on sale now for $60.

Amazon has launched its own brand of voice-activated microwaves. The WiFi connected AmazonBasics microwave works with Alexa to respond to voice commands.

The $60 USD microwave also includes Dash Replenishment Services, which means the cooking box can also automatically reorder food from Amazon. The microwave is available for purchase with shipping occurring later in the year.

Vice President of Amazon Devices, Dave Limp, said the company decided to add Alexa to the ubiquitous kitchen item to bring it into the 21st century. You’ll need to place Alexa close to the microwave for the voice commands to work, but it also has a ‘Ask Alexa’ button on its touchscreen that you can press so you can avoid giving the Alexa command first.

The microwave is presumably capable of responding to common microwave requests like reheating leftovers and making popcorn. Though it isn’t clear how much the microwave knows about cooking more complex dishes.

Before you imagine making popcorn from the comfort of the couch, don’t forget you’ll still need to get up and physically put the popcorn inside the microwave. Amazon is determined to get Alexa into every corner of your home.

Alexa set to take over your home

Amazon has announced a suite of Alexa connected products that range from the microwave to a wall clock.

“We want you to have access to Alexa everywhere—in your kitchen, in your living room, in your office, and now in your car or truck,” said Tom Taylor, Senior Vice President, Amazon Alexa. “Today, we’re excited to expand the number of ways that customers can add Alexa to their homes and their vehicles, so they can use Alexa to make their lives more convenient and easy—whether it’s asking for the traffic on your drive home, checking your email in the morning, or simply saying ‘Alexa, good night’ to turn off your lights and lock your door.”

While Amazon is pushing for more and more products to be able to be paired with Alexa, it isn’t clear if customers feel the same way. A recent study by Creative Strategies' Carolina Milanesi shows that using voice-activated assistants is not a regular habit for most people.

The study determined that although almost all iPhone users say they have tried Siri, more than seventy percent say they use it only rarely. The study also found that many users felt embarrassed about talking to their devices in public, preferring to use them when alone. 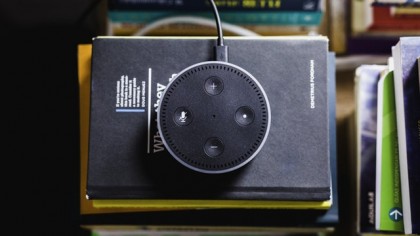 Amazon Now Lets You Customize Your Alexa Commands and Responses

Good news for makers of personal home assistants, but even with Google Home and Alexa, it seems most people aren't yet willing to fully embrace their potential. Where the technology is really brilliant is for people with mobility issues.

Right now it seems most users aren’t embracing using their home assistant for anything other than asking for the weather, playing music and listening to audiobooks.

But if Amazon has anything to do with it, there won’t be a room in the house without an Echo enabled function.