The G Plus robot, a result of collaboration between Alibaba and Robosense, can deliver packages at 9mph.

At the Cainiao Network 2018, Global Smart Logistics Summit, Alibaba announced two innovations in logistics: a driverless delivery robot and a storage locker with face recognition. The automated vehicle, called G Plus, is said to be easy to mass produce and could serve different purposes.

Compared to its predecessors, the G plus has extended stamina, allowing it to cover larger distances. It has loading boxes that can change size depending on the size of the package to be delivered.

It has a top speed of 9.3 miles per hour which reduces to 6.2 mph when it detects traffic. Its navigation system is based on LIDAR and helps create a 3D map to see the path.

LiDAR is the most commonly used solution for vision in autonomous vehicles. It is like RADAR but uses light instead of radio waves.

Upon reaching the delivery address, the bot either deposits the package or the customer can enter a PIN to retrieve it. The delivery bot is currently being road-tested at the Alibaba headquarters at Hangzhou, China.

The G Plus is the first solid-state LIDAR (light imaging, detection, and ranging) unmanned logistics vehicle of the world and is equipped with three RS-LiDAR-M1Pres - two in the front and one at the back, producing the most powerful 3D perception.

The commercial production of the driverless bot will begin by the end of this year. Though it is not the first driverless delivery robot, it is cheaper and easier to manufacture thanks to the LiDAR system.

Previously, a UK based firm, Starship technologies developed a similar robot for deliveries. The electrically powered robots run on footpaths at walking speed and are used for local deliveries. 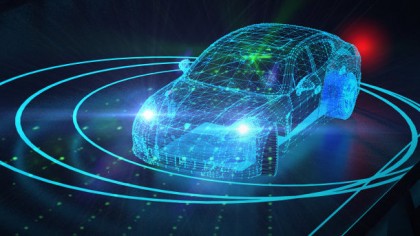 They can even be controlled remotely in case autonomous driving fails.

The G Plus is already under scrutiny by researchers. Calum Chace, AI expert and author calls the G Plus "ugly big brother" of the delivery bot developed by Starship Technologies.

Driverless vehicles are another significant advancement in AI and the technologies of the future. BMW recently announced that their driverless car, which is set to be released in 2021 will also be using the LiDAR technology.

Alibaba also revealed another technology product called Cainiao box. It is a box that can be placed at your doors and uses facial recognition to unlock so that only the resident and delivery people can open it.

One can even remotely control the temperature of the locker using an app. Cool as it may sound it is still a concept with no immediate plans for its release.

Alibaba founder Jack Ma announced a 100bn yuan (£11.6bn; $15.5bn) investment in smart logistics. China is all set to join the AI race with giants like Alibaba allocating a major portion of their resources to research on AI and related technologies.

The competition could possibly usher in a technology-led era. In either case, the prospects for tech look good with both the established companies as well as the startups that are working along the same lines.

Via: The Verge, AliZila