In a mutually beneficial move that serves the corporate interests of Alibaba Cloud and the tech and data ambitions of the Malaysian government, the City Brain project is now in operation.

Fresh off the heels of a dynamic, inspiring interview delivered by Jack Ma at the World Economic Forum last week, all eyes are on Alibaba, anticipating what projects supporting the Alibaba Group Executive Chairman’s broad and humanistic vision will develop. 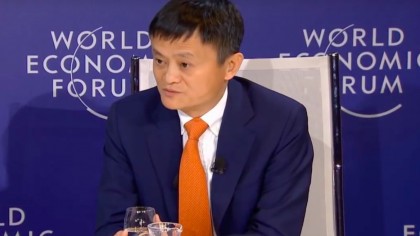 One project—appropriately dubbed City Brain—involves a collaboration between Alibaba Cloud, the cloud computing branch of the Alibaba Group, and the local government in Kuala Lumpur to create a large-scale traffic reporting system that will incorporate data from traffic bureaus, public transportation systems, video footage, and even mapping apps. The announcement was made after a period of almost 3 months preparation of the data-harnessing technology after the data center opened and began operations on October 30th, 2017. It will join forces with the Kuala Lumpur city council as well as the Malaysia Digital Economy Corporation (MDEC), an agency that has expressed several times in the past year its ambitions to establish “its position [in Southeast Asia] as a regional hub for tech start-ups.”

MDEC CEO Yasmin Mahmood indicated a total of around 500 cameras in the Malaysian capital would need to be integrated and localized, a process which will take place over the next 3-4 months. Using the data, traffic recommendations will be made in real time, and if the project is successful:

• Alibaba could roll out a second data center, expanding its presence in the region even more.

In a true win-win scenario, Alibaba is putting its artificial intelligence (AI)-harnessing technology know-how use to benefit Malaysia, but at the same time using the country as a testing ground: this is the first service of this type the Group has tried outside of China.

If initiatives like this are a success, the MDEC’s future as a leader in the region in big data and analytics will become even more secure. At the time of the data center’s opening, Alibaba Group Senior VP and Alibaba Cloud President Simon Hu spoke about the role Alibaba plays in Malaysia’s future:

“The Malaysia data center will give us a leading edge to support the growth of SMEs and other businesses in the region. For SMEs and start-ups, in particular, access to scalable and cost-effective cloud services, as well as a local support team are decisive factors when they choose a cloud service partner.”

Jack Ma and Najib Razak, Prime Minister of Malaysia, were behind the joint launch of an “e-hub” facility set up near the Kuala Lumpur International Airport, which served a very unique and practical purpose: allowing small- and medium-sized enterprises (SMEs) to carry out cross-border trades with fewer restrictions.

At the time, Jack Ma shared his thoughts on the impact of the partnership, which again reflects his inclusive and humanistic approach to industry: “We should transfer the Silk Road to an e-road.”