The EV maker has dismissed a large number of workers from its hub in California after an extensive company-wide annual review.

Tesla Inc. fired 400 employees this week. Included in the cull are associates, team leaders, and supervisors. The mass firing was the result of a company-wide annual review, Tesla said in an emailed statement to Reuters.

They didn’t confirm exactly how many employees would be leaving the luxury electric vehicle maker moving forward. However, it's estimated to reach up to 700 total employees.

"We don’t know how high up it went," said the former employee, who worked on the assembly line and did not want to be identified to Reuters.

Despite never receiving bad reviews, the employee states he was still fired after Tesla claimed performance was the reason for the dismissals and that most of those fired were outside of the manufacturing side of the business.

“This includes both constructive feedback and recognition of top performers with additional compensation and equity awards, as well as promotions in many cases. As with any company, especially one of over 33,000 employees, performance reviews also occasionally result in employee departures. Tesla is continuing to grow and hire new employees around the world.” 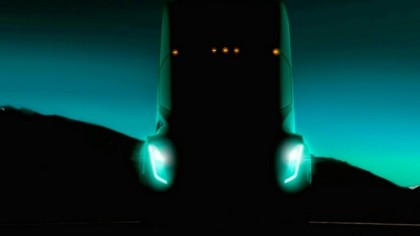 Tesla is currently struggling to expand its manufacturing and production line thanks to a 450,000 pre-order wait list for the new Model 3 sedan. So far the EV maker is missing targets left and right, having only produced 260 cars last quarter, blaming a manufacturing bottleneck on the issue. The initial goal was 1,500 cars.

Previously, Musk had promised investors that a focus on Model 3 production would eventually lead to building 10,000 cars a week.

“It’s no secret that Tesla’s Model 3 development and ramp-up for production has been derailed,” Harley said. “A major change in staff – whether dismissal or layoff – is an indication that there is an upper-level movement to put the train back on the tracks.”

This isn’t the first time Tesla has been in hot water with its employees; the company had a hearing before the National Labor Relations Board in November after it was alleged that company supervisors and security guards harassed workers who were distributing union pamphlets. Tesla has since denied these accusations.

Musk joked to employees in a tweet that it would be a hellish time for the company to meet his goal of half a million electric vehicles delivered in 2018 and 20,000 Model 3s each month until December of this year.

Another reason for the trouble might just be welding woes; the steel Model 3 requires more spot welding than the previous models which were mostly made of aluminum and required more adhesive than melted steel. The assembly line was also only recently finished at the end of September, forcing many workers to put together cars in a separate area of the factory.

"The learning curve is pretty steep,” Ron Harbour, a manufacturing consultant at Oliver Wyman told Automotive news regarding the problems at the factory.

The war between Musk's Tesla and former employees just got heated.

"Seems like performance has nothing to do with it," one Tesla employee told CNBC under the condition of anonymity. "Those terminated were generally the highest paid in their position," this person said, suggesting that the firings were driven by an urge to cut costs.

Most of the people let go have been from Tesla's motor's business, not from other facets of the company, such as Powerwall which is currently focused on resupplying power to Puerto Rico. Employees also claim that they were given no warning and received an email from Tesla, stating that they shouldn't come to work the next day.

In addition to this issue, three former employees are claiming they were racially discriminated against while working with Tesla. Stating that they endured racial slurs from supervisors in the Fremont Factory. However, the employees never reported the issue to Equal Employment Opportunity Commission or the Department of Fair Employment and Housing. They also never raised concerns while they worked at the factory.

Tesla responded with a statement to Fortune,

“Tesla takes any and every form of discrimination or harassment extremely seriously,” a Tesla spokesperson said in an email statement to the magazine. “In situations where Tesla is at fault, we will never seek to avoid responsibility. But in this instance, from what we know so far, this does not seem to be such a case.”