Waymo has made a big splash by starting a smart campaign that enlists volunteers in Phoenix, Arizona to try out its autonomous cars which will be part of a taxi service in the city.

Plans are underway for Waymo, the autonomous car development company of the Google-affiliated Alphabet Inc, to begin using a fleet of unmanned taxis, this following testing of the cars on public roads that recently began in Phoenix, Arizona. The announcement was made Tuesday by CEO John Krafcik.

Testing caps off months of research and development after the self-driving Fiat Chrysler Pacific minivan was revealed in January of this year at the North American International Auto Show in Detroit, Michigan. Most importantly, this will be the first driverless test of its time in the United States.

Krafcik shared images and short videos of people taking part in the test runs in Phoenix. In the name of safety and allowing additional time to transition into the system, Waymo is planning to have a human driver in some of the cars in case any technical problems pop up, as well as making sure the first set of test runs are carried out with an employee of the company for additional quality control.

The first round of customers will use an app to call the taxis, enjoying the service for free as an added incentive. 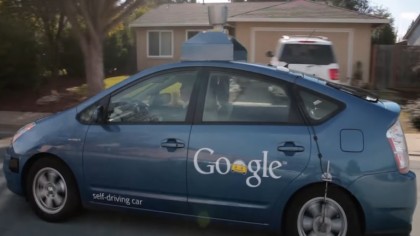 Waymo has not released much information on the particulars of when and how it will expand the service.

Krafcik expressed the thinking behind the Waymo strategy, which some would view as quite risky: “Because we see so much potential in shared mobility, the first way people will get to experience Waymo’s fully self-driving technology will be as a driverless service.” Understanding the exciting challenge that Waymo has ahead, he said in a statement last month, “Our intention, make no mistake, is to go fully driverless and let the public access this technology on public roads...It's fair to say we're really close.”

In the US the Future Lies in Legislation

By most accounts, Arizona was chosen as the testing site instead of the likely candidate of California due to the lack of any restrictions existing related to self-driving cars. This does, of course, beg the question of whether California’s 2016 law which “permits the operation of an autonomous vehicle on public roads for testing purposes if, among other requirements, a driver is seated in the driver’s seat…” was smart regulation on the part of policymakers or a premature step in the wrong direction.

This could prove an obstacle for Waymo and a number of other California-based competitors, though Waymo has carried out testing—manned and unmanned—in six states. The U.S. National Highway Traffic Safety Administration, the most influential governmental agency on the topic of regulation for autonomous vehicles, has made past statements confirming that on a federal level no specific legal obstacles exist, which means that the scope of future testing and operation will be relegated to the laws of each individual state. At present, 33 of the 50 US states have introduced legislation on the subject, which means that people in the industry will need to closely monitor this activity.