New research published this week indicates that specific protein coats of a virus increases their infectiousness and possibly links them to Alzheimer's disease.

New research published this week indicates that different coats of protein can increase a virus' infectiousness as well as providing a showing a possible link between virus protein coats and Alzheimer's disease.

Viruses' Protein Coats Are a Matter of Life and Death

A virus is a very strange form of biology. Like every other form of life, it has its own genetic material that encodes the information necessary to reproduce. Unlike other living organisms, however, a virus cannot reproduce itself on its own. Vastly smaller than a bacterium or animal cell, all it can really do is find another biological organism to inject its genetic material into, which overwrites the target's DNA and hijacking its energy and organelles to construct endless copies of itself.

Scientists at SU-KI have discovered that this isn't the only interaction a virus is having with the host it is infecting. In a new study published this week in the journal Nature Communications, they show that as a virus moves through the host's various biological fluids, it passes through different protein molecules that stick to the virus' protein coat, making minute changes to the external structure of the virus without altering its internal genetic material. This altered coat can disrupt the body's ability to destroy it if it produces antibodies for a protein coat that has been radically altered by the collection of proteins it has accumulated over time.

"Imagine a tennis ball falling into a bowl of milk and cereals," said SU-KI's Kariem Ezzat. "The ball is immediately covered by the sticky particles in the mix and they remain on the ball when you take it out of the bowl. The same thing happens when a virus gets in contact with blood or lung fluids that contain thousands of proteins. Many of these proteins immediately stick to the viral surface forming a so-called protein corona."

This corona can also increase a virus' infectiousness when the proteins it picks up from the host's biological fluid makes it easier to gain access to a cell by exploiting certain receptors tied to those proteins.

Ezzat and his colleagues studied the protein coats of respitory syncytial virus (RSV) in different biological fluids. The virus most often tied to cases of acute lower respitory tract infections in children, causing 34 million cases and resulting in 196,000 deaths worldwide every year, RSV is a widespread and dangerous infection in need of an effective treatment. The researchers believe that the altering of RSV's protein coat is a major reason for the virus' highly infectious nature.

"The protein corona signature of RSV in the blood is very different from that in lung fluids. It is also different between humans and other species such as rhesus macaque monkeys, which also can be infected with RSV", Ezzat said. "The virus remains unchanged on the genetic level. It just acquires different identities by accumulating different protein coronae on its surface depending on its environment. This makes it possible for the virus to use extracellular host factors for its benefit, and we've shown that many of these different coronae make RSV more infectious."

Altered Protein Coats May Have Links to Alzheimer's Disease

This protein coat modification has another important consequence, Ezzat and his research team believe. Viruses like RSV and the herpes simplex virus type 1 (HSV-1) can bind to a specific type of protein known as amyloid proteins. These proteins collect into plaques that are known to play an important role in the progression of Alzheimer's disease, specifically the neurological degeneration that results in cognitive decline, memory loss, and confusion. 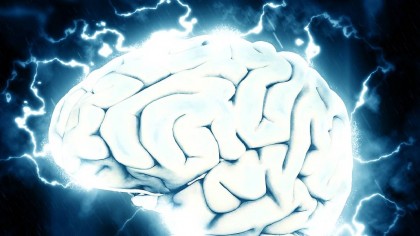 The researchers found that HSV-1 accelerates the formation the thread-like formations of amyloid plaques from loose, soluble amyloid proteins found in biological fluids. In animal models of the disease, Ezzat and his team found that mice developed Alzheimer's symptoms within 48 hours of the brain being infected by HSV-1. Without this infection, it would normally take months for the disease to start degrading neurological function.

This mechanism is an important find for Alzheimer's researchers, Ezzat believes. "Describing a physical mechanism that links viral and amyloid causes of disease adds weight to the increasing research interest in the role of microbes in neurodegenerative disorders such as Alzheimer's disease and opens up new avenues for treatments."